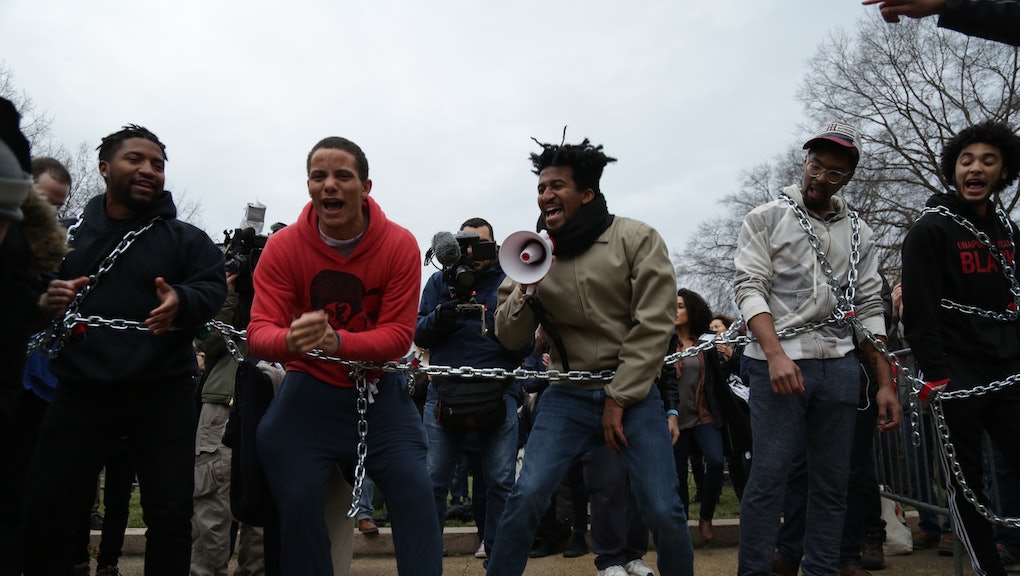 Before sunrise on Friday morning, Black Lives Matter activists gathered at the site of Donald Trump's inauguration in Washington, D.C.

Objecting to a president criticized for undermining civil rights, BLM protesters formed a human blockade, preventing access to one of the inauguration's entry points.

The action began with a brief a rally in which people of all ages and races held signs and banners while speakers galvanized the crowd into action.

Protesters chained themselves to each other and to the metal barriers at the entry point, creating a barricade.

Here are 26 photos that captured the oppostion of civil rights activists to the dawn of Trump's Amerca.