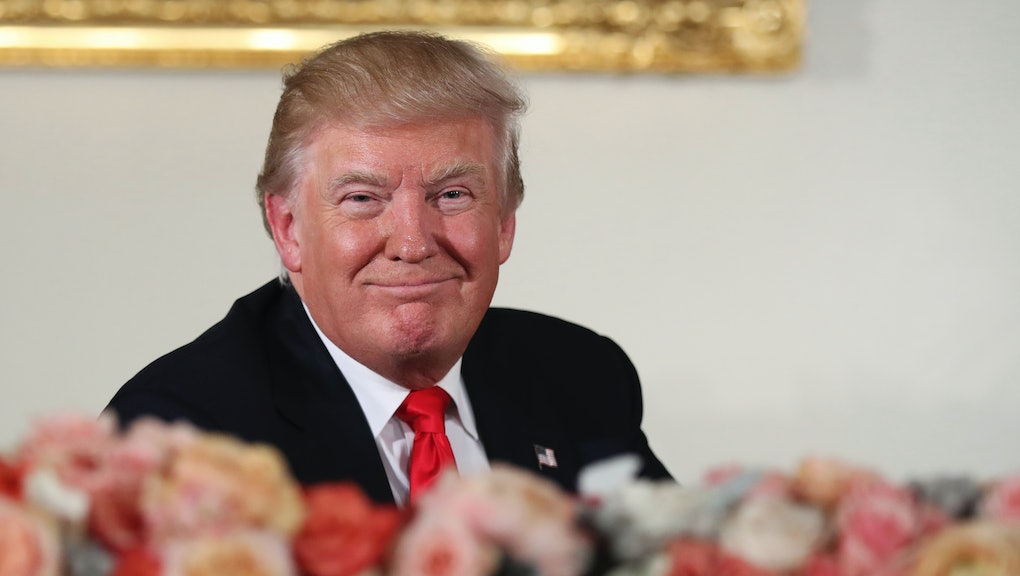 Documents show Trump still owner and beneficiary of businesses, despite promise to leave

After delays, President Donald Trump announced on Jan. 11 a plan to leave management of his businesses completely in order to eliminate the perception of financial conflicts of interest — and put the matter behind him.

As Mic has reported, legal scholars found the plan inadequate because Trump would continue to own the businesses and therefore could profit from them.

As long as he retains ownership, the logic goes, then there's nothing to stop foreign governments from siphoning money into Trump's pockets, which —  without permission from Congress — would violate the Constitution.

New documents surfaced by ProPublica reveal that Trump is the sole owner and beneficiary of the Donald J. Trump Revocable Trust, a new arrangement set up to manage the president's many businesses.

The trust will be managed by Trump's adult son, Donald Trump Jr., and Allen H. Weisselberg, the Trump Organization's chief financial officer, but the trust's purpose is for the "exclusive benefit," of the president the New York Times reports.

Shortly after President Trump took office, ProPublica published an earlier an investigation suggesting that Trump hadn't even taken the basic steps that he said he would take at the Jan. 11 conference.

According to ProPublica, Trump was still listed on business filings as the sole authorized representative on several of the companies he owns once he took the oath, and some of the paperwork hadn't been updated in "years."

White House aides later provided CNN with documents showing that Trump had resigned from more than 400 entities, although they did not dispute ProPublica's finding, which noted that business filings in three states where Trump does business had not been updated.

ProPublica has since updated their report, but stand by the original findings, nothing that the paperwork removing Trump from management was dated January 23rd.

Not only does Trump still benefit from the companies, ProPublica also reports that the trust set up to maintain ownership of the companies can be dissolved at any time.

A spokeswoman for the Trump administration didn't immediately respond to request for comment.