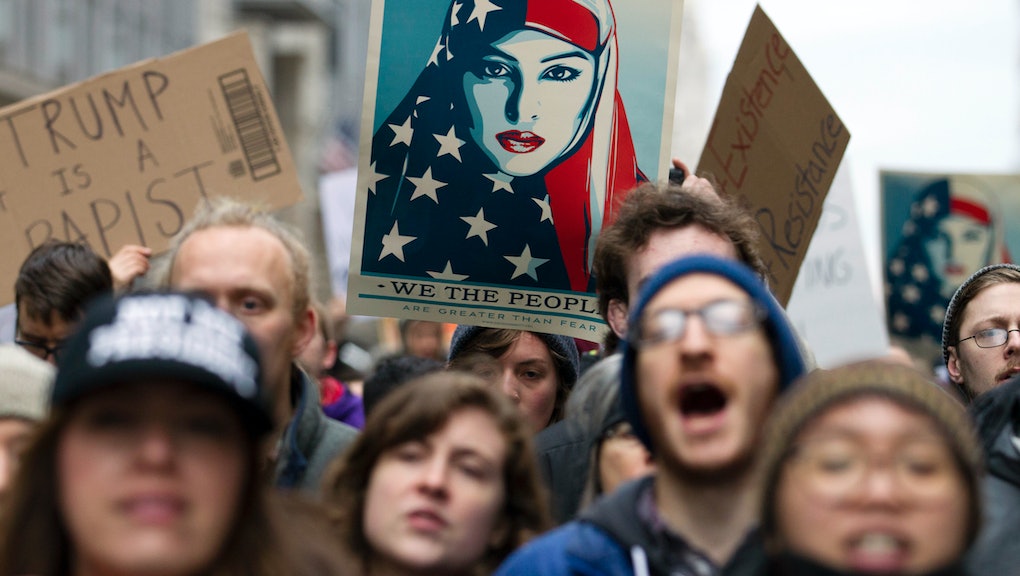 As President Donald Trump was sworn-in on Friday, protestors took to the streets of Washington, D.C., to make their opposition to the new administration heard.

Much of the media coverage of Friday's Inauguration Day protests focused on a group of anarchists, clad in black, who smashed windows and lit fires — but, as activists on the ground attest, there were hundreds of peaceful protesters across the city whose actions went unreported. Here's what you didn't see.

Protesters chanting on the National Mall

Demonstrators sitting at another inauguration checkpoint

Protesters carrying signs and chanting as they move toward a checkpoint

Demonstrators clad in pink, holding a "Yes We Can" sign

Feminists marching near another checkpoint