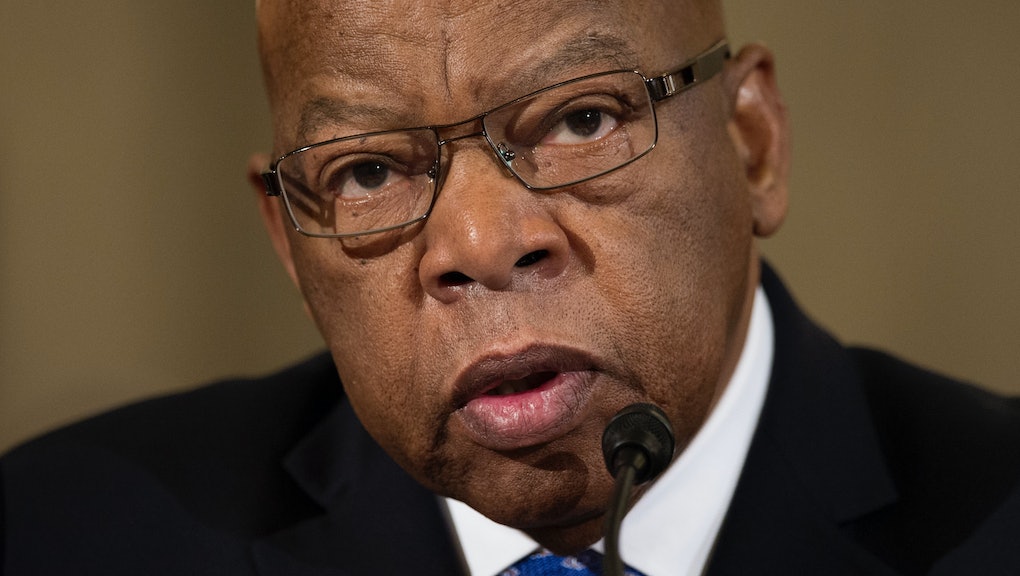 Rep. John Lewis, a Georgia Democrat and civil rights icon, fired up a crowd at an offshoot of the Women's March in Atlanta, telling attendees that he's put his "marching shoes" back on and is "ready to march."

His words were an homage to his activism in 1965, when he was beaten during a march in Alabama from Selma to Montgomery in what's come to be known as "Bloody Sunday."

"I know something about marching," Lewis told the crowd. "Don't let anybody turn you around."

Lewis made headlines in recent weeks following a public spat with President Donald Trump over Lewis' decision to not attend Trump's inauguration.

Trump attacked Lewis over the decision, telling Lewis his district in Georgia was "in horrible shape and falling apart" — a false claim given Lewis represents some of Georgia's wealthiest areas, including the affluent Buckhead neighborhood of Atlanta.

When Lewis took the stage at the Women's March in Atlanta, attendees began chanting "district 5," which is the district Lewis represents.