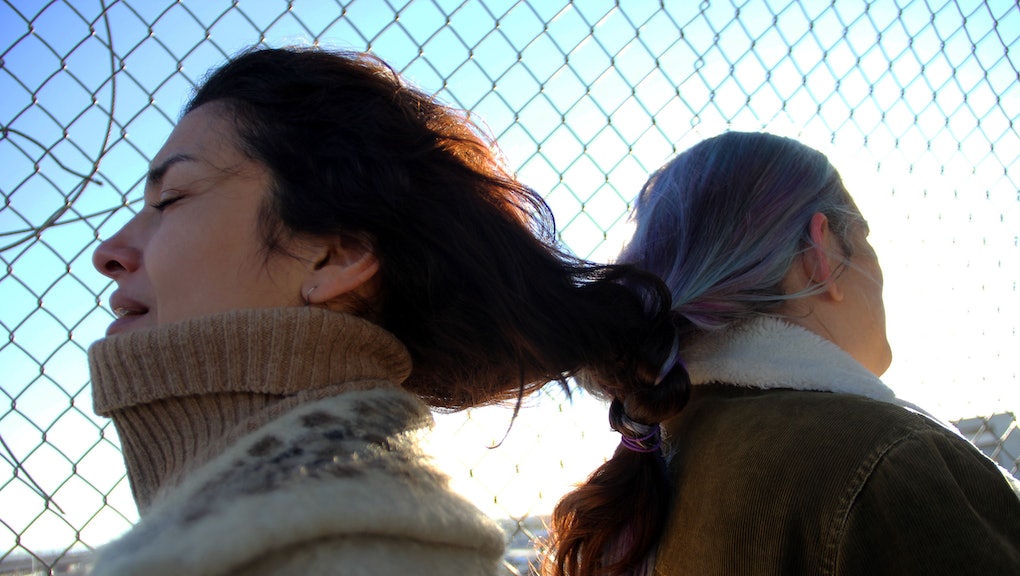 On Saturday, millions of women around the world marched in defiance of President Donald Trump and to defend their rights. The day before, however, women on the U.S.-Mexico border offered a powerful message of their own.

As the sun rose on Friday, Fusion reports, 50 women from both U.S. and Mexico gathered on the international pedestrian bridge connecting El Paso, Texas, with Juárez, Mexico, to take part in a demonstration organized by Boundless Across Borders.

The women held hands and stood back-to-back on the bridge, Fusion notes, with each woman's hair (or scarf, if their hair was too short) interwoven with the hair of the woman behind them in a braid.

"I'm born a white American and I'm going to be braiding my hair with a Latina woman," participant Leah Gillespie told Fusion. "It really marks this idea that, yes, we have our differences, but here are our similarities. And we're binding those similarities in an act of solidarity."

The move to literally interweave the two communities together offers a powerful symbolic message in the face of Trump's inauguration. The new president seeks to divide, rather than connect, the two countries through his infamous "border wall" plan — a wall, Fusion notes, that already exists between El Paso and Juárez.

"You can't help but understand that the wall slices through our humanity," Xochitl Nicholson, one of the demonstration's organizers, told Fusion.

The demonstration, Fusion notes, attracted the attention of many morning commuters, though others on the bridge simply pushed past. And though the demonstration may not have garnered the same massive turnout or attention as Saturday's marches, the small but symbolic act still made an impact.

How the relationship between U.S. and Mexico and the border that divides them will fare under Trump still remains to be seen. But Friday's demonstration reminds us of the powerful alliances between the two nations and the people that call them home.

"I think it's easy to feel like we're in the dark right now. It's really scary. Today especially–it was hard to wake up..." Nicholson said to Fusion. "This was a nice way to crawl out of that darkness and stand in the light. We were standing together on the bridge as the sun rose and there's nothing that can send a clearer message. No words, no act is stronger than coming together."