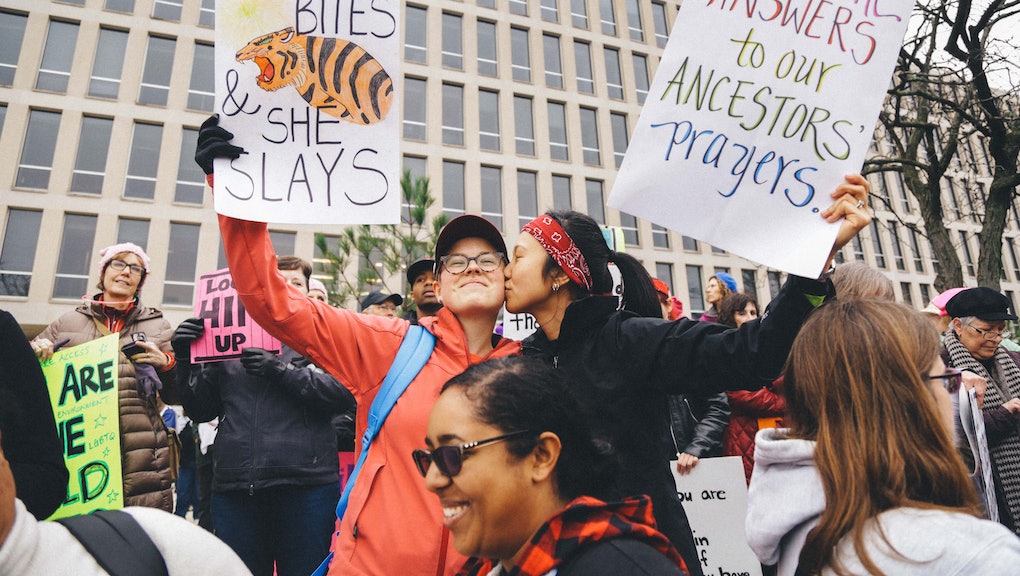 10 people explain why the Women's March is important to them

On Saturday, more than one million people from around the country converged in Washington, D.C., to march for women's rights and defy President Donald Trump.

The march, which took place just one day after Trump's inauguration, centered on a variety of issues that are now under threat in the Trump administration, from reproductive rights to the environment and climate change.

Here are just 10 Washington protesters explaining why it was important to them to take part in the historic event.

Hailey: "I'm here to support rights for all my students."

Ophilia: "I'm marching on behalf of my ancestors and my parents and those who came before me, as well as, hopefully, our children and those who will come after us."

"I'm here to march with women, with women of color, and stand up for indigenous rights, for reproductive rights, and for immigrants, for indigenous women, for all women around the world and the U.S."

"I'm here today because I'm speaking on behalf of a lot of people who can't be here and whose voices can't be heard. And I just gotta stand in solidarity and give it up."

"I'm protesting because —well, there are so many reasons, I can't just narrow it down to one."

"I'm here today in opposition of some of Donald Trump's rhetoric, and to support women and some of the rights I don't want to be taken away: immigration, saving the planet, and things that are important to us, that we've worked hard on. I don't want to lose those."

"I think it's important to be here because women really need to band together right now. It's a scary time. We have each other."

"I'm here to stand in solidarity with women, women of color, immigrants, LGBT community, people of color everywhere, the environment. I really just want to show solidarity for all my people out there."