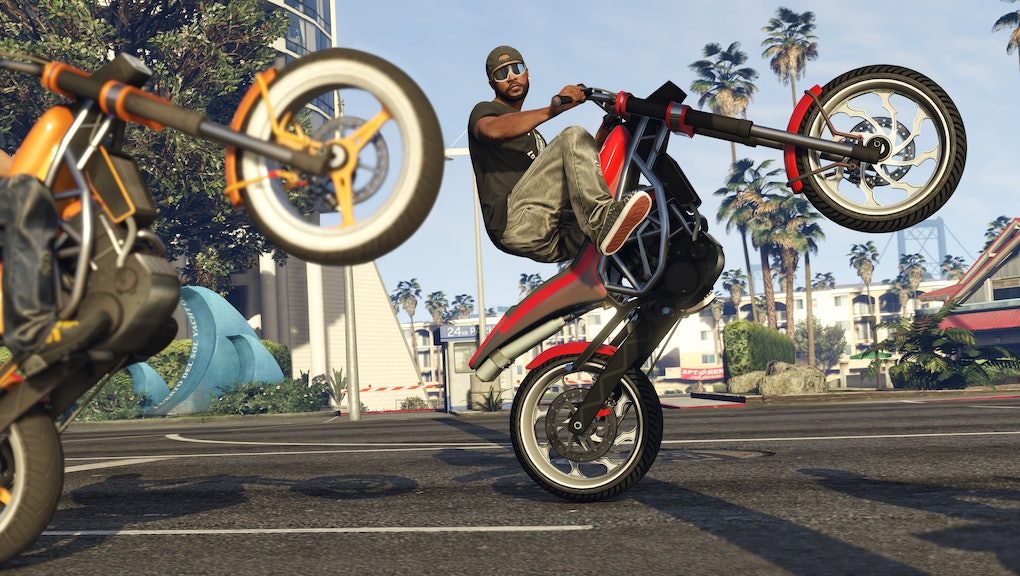 People are always hungry for more information on Grand Theft Auto 6, the theorized next entry in the long-running crime wish fulfillment series. Since Rockstar Games is hard at work getting Red Dead Redemption 2 ready for this fall, we've assumed GTA 6 wouldn't be seen until at least a couple of years from now.

It turns out, we were wrong.

Reddit user NeetoPp posted an image of a PlayStation 2 game box for GTA 6 that was found in Brazil.

Yes, that's an image of Summer Glau from Terminator: The Sarah Connor Chronicles. No, that is not actually the highly anticipated sixth entry in the GTA series. We're going to assume that game won't come out for PS2 and won't use promotional art from a short-lived TV series.

Also, please note the Roman numeral V with a banner that says "SIX" lazily placed over it next to the number 6. That's not how numbers work at all.

It's unclear what happens when the disc is put into a PS2, but the comments in the Reddit thread speculate that it's just a modified version of GTA: San Andreas. Bootlegged versions of games with weird modifications can occasionally be found in certain parts of the world.

So in truth, GTA 6 doesn't actually exist yet. If you want to make your way to Brazil and track this game down, we won't stop you, but please know that you won't be getting the game it claims to be.

While you wait for GTA 6, why not read about the latest developments in GTA Online? Find out about the Progen Itali GTB Custom, the Insurgent heavy vehicle, buying and selling property and changing your appearance.