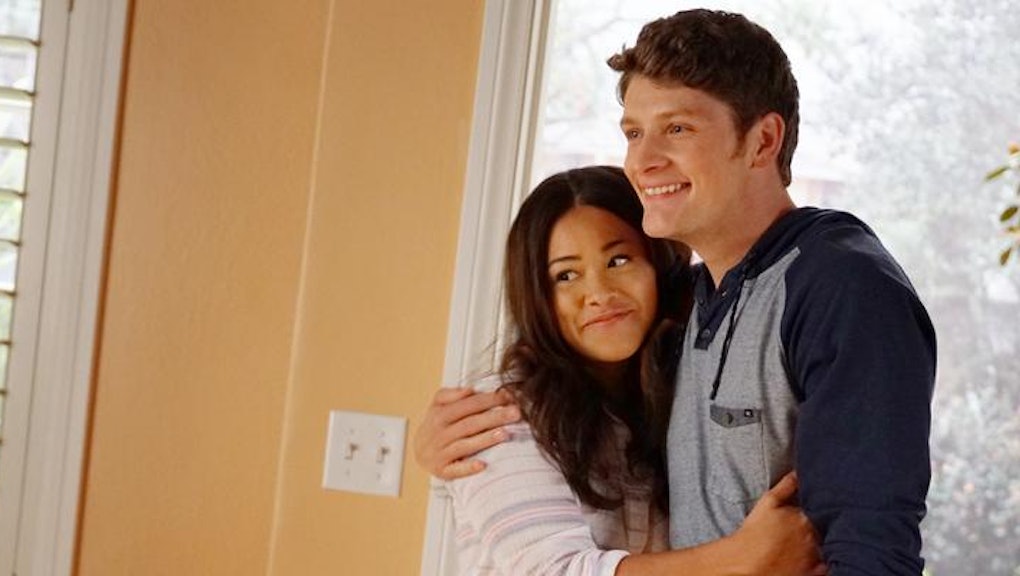 ‘Jane the Virgin’ season 3: Why Xo's abortion still matters in the midseason premiere

With its exploration of Catholicism and purity culture, it's tempting to frame Jane the Virgin as a pro-life show. Yet the show doesn't appear to push any particular choice about women's bodies as the "right" choice. Rather, the story centers on women grappling with real-life decisions. The choices these women make are their own.

That's one of the reasons why Jane the Virgin has garnered a reputation for being such a progressive television show. The narrative revolves around Jane Villanueva, her mother Xo (Xiomara) and other women deciding their own destinies. On that note, it's critical not to forget Xo's abortion amid all of the speculation about what will happen during the midseason premiere on Jan. 23.

Two sides of the story

As a FoxNews article pointed out, "Chapter Forty-Six" earned praise for how it portrayed such a controversial topic. It's not every day that primetime television even makes mention of abortion, let alone conveys both sides of the issue in a nuanced, compassionate way. Viewers learn that Xo had an abortion with the support of her ex, Rogelio, but her observant Catholic mother, Alba, has trouble offering similar support.

"We had a character who felt one way, and we had a [different] character who felt another way — so we had a real opportunity to understand and emphasize with both of their points of view," showrunner Jennie Snyder Urman told Vanity Fair in October. "We tried really hard to have a balance — to give Alba a chance to say what she wanted to say, to give [Xiomara] and them [a chance] to show that the family's love is going to get them past the fact that they don't agree on everything."

Why we still care at the winter premiere

On Saturday, before Jane the Virgin's impending winter premiere, more than one million women gathered to march in Washington and other cities across the country. As Vox writer Jenée Desmond-Harris wrote, the Women's March on Washington was more than an anti-Trump protest.

According to the Women's March website, women (and their male allies) were marching in solidarity for the rights of women. That included their safety, health and families. In fact, the march's mission doesn't even mention Trump — though it's clear with the words "the rhetoric of the past election cycle has insulted, demonized and threatened many of us" who the organizers mean.

Trump's sexism came out at various times during his campaign. From the first presidential debate to claiming "grab them by the pussy" was just "locker room banter," he's made it clear what he thinks of women.

In December, the New York Times reported Trump has "emboldened" anti-choice groups. As a result, abortion legislation likely will get stricter and stricter. On Jan. 23, mere days after the Women's March, Trump reinstated the Global Gag Rule, aka the Mexico City Policy, to restrict U.S. abortion funding overseas.

Brian Dixon, senior vice president for media and government relations at the Population Connection Action Fund, said the following in a emailed statement:

"It took no time at all for President Donald Trump to cut off access to healthcare for women and girls around the world by choosing to impose the global gag rule as one of his first executive actions. With this diktat, the Trump-Pence administration has made clear to women everywhere that their lives are little more than props in a tired act of political pandering to extremists."

In this new America, seeing two sides of the abortion story, as we did in "Chapter Forty-Six" of Jane the Virgin, may no longer be an option. Women like Xo may no longer have safe choices for their bodies and autonomy over their own lives. This could very well be one of those episodes of television that future generations will need historical context to understand.