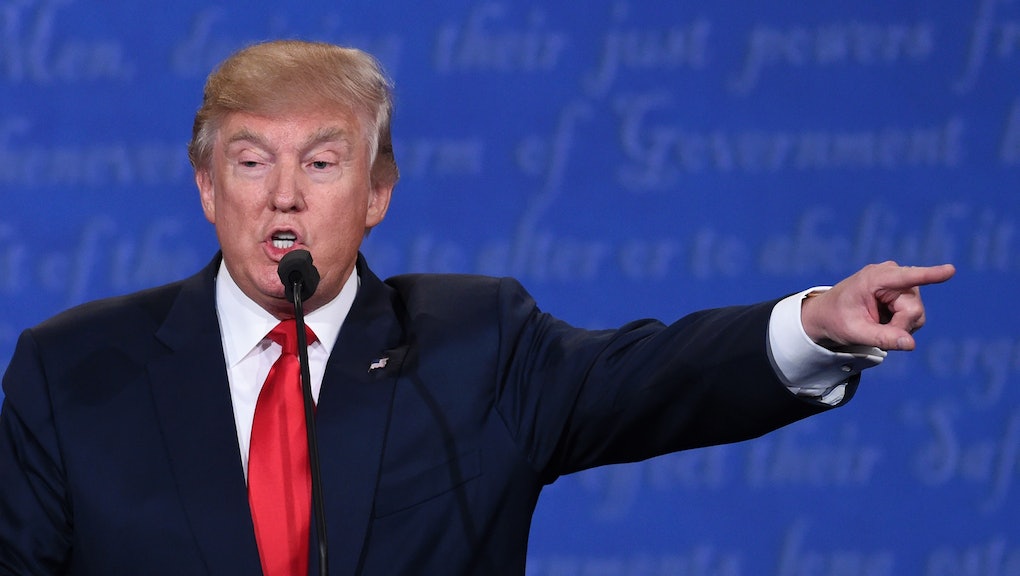 Can Donald Trump be impeached? Here's what experts have to say.

A movement to impeach President Donald Trump is already underway.

Online betting site Paddy Power has the odds of Trump getting impeached in the first six months of his presidency at 4 to 1 — and the odds of him failing to complete his first term at 7 to 4.

But has he really done anything impeachable?

Article two, section 4 of the U.S. Constitution — the so-called "impeachment clause" — was considered an important check by the founding fathers against the potential abuse of executive power.

"The President, Vice President and all Civil Officers of the United States, shall be removed from Office on Impeachment for, and Conviction of, Treason, Bribery, or other high Crimes and Misdemeanors."

The House of Representatives is responsible for initiating impeachment proceedings against an official; the Senate serves as the court for impeachment trials. Only two presidents — Andrew Johnson and Bill Clinton — have been impeached, and both were acquitted by the Senate and remained in office.

The case to impeach Donald Trump

Two civil rights groups — Free Speech for People and RootsAction — launched the impeachment campaign on the day Trump was inaugurated, claiming his "refusal to divest from his business interests has placed him in direct violation of the US Constitution’s Foreign Emoluments Clause and on a collision course with the Constitution’s Domestic Emoluments Clause and with the federal STOCK Act."

The violations represent an "unprecedented level of corruption of the Oval Office," according to the campaign website.

Though impeachment is extremely rare, some legal experts say Trump's unresolved business entanglements are "not something we've seen before" and present "serious issues" that could lead to impeachment.

According to the emoluments clause, a "person holding any Office of Profit or Trust under [the United States]" may not accept "any present, Emolument, Office, or Title, of any kind whatever, from any King, Prince, or foreign State."

A number of legal experts — among them Norman Eisen, a top ethics lawyer in the Barack Obama administration; Richard Painter, former advisor to George W. Bush; and Laurence H. Tribe, a constitutional law professor at Harvard University — believe Trump violated the emoluments clause the moment he took the oath of office.

"While holding office, Mr. Trump will receive — by virtue of his continued interest in the Trump Organization and his stake in hundreds of other entities — a steady stream of monetary and other benefits from foreign powers and their agents," ethics experts wrote in a Brookings Institute report.

Eisen, Painter and Tribe are part of a bipartisan legal team suing Trump for breaching the Constitution, as foreign leaders and governments spend money to stay in Trump hotels and live and rent space in his various other real estate holdings, according to the New York Times. The Trump team has dismissed the lawsuit, saying it misinterprets what the framers of the Constitution deemed "emoluments."

According to University of North Carolina law professor Michael Gerhardt, who testified in a hearing during Clinton's impeachment, Trump's potential for conflicts "has not existed with other presidents before." But, Gerhardt said, Trump would have to be caught explicitly exchanging a political deal for a business deal to be impeached.

“There would have to be facts showing a quid pro quo,” Gerhardt told the New York Daily News. "We'd have to be able to follow the money to Trump to know what extent he might be corrupted."

Other possible causes for impeachment

Though the impeachment campaign has so far focused on Trump's business conflicts, there are other potential avenues for impeachment.

Trump enters office with dozens of open lawsuits. According to American University history professor Allan Lichtman, this could make the president vulnerable to impeachment on the grounds of perjury — one of the charges Clinton faced during his impeachment proceedings in 1998.

"He has to be very careful what he says," Lichtman told the Daily News. "Anything he does to undermine those lawsuits in any way could cross the line ... that's a basis for impeachment. That's what we might even call an easy case."

Trump could also face impeachment if he is found to have colluded with the Russian government or obstructed the intelligence community's investigation into the country's alleged involvement in the presidential election, the Daily News reported.