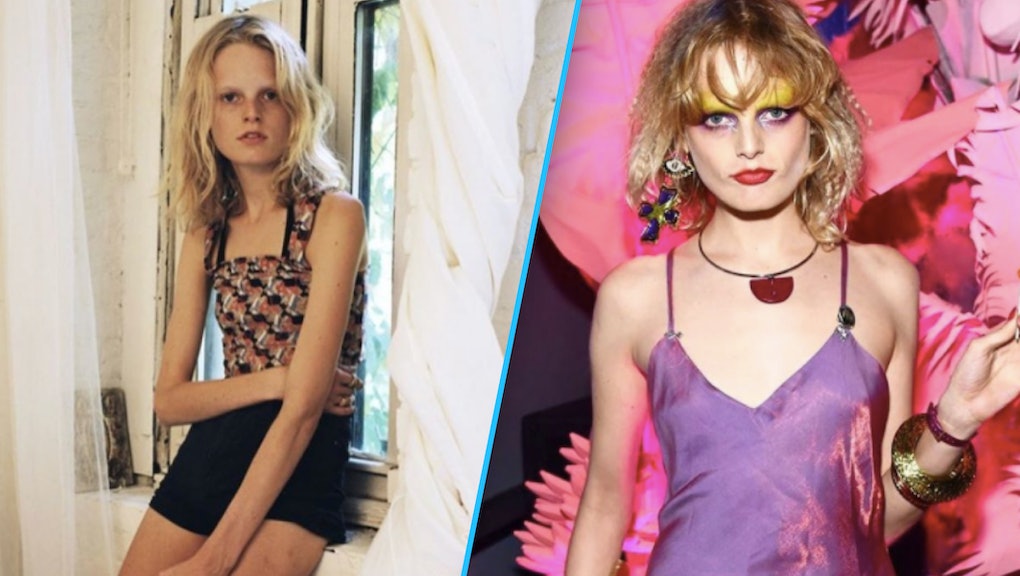 Model Hanne Gaby Odiele speaks out: "It is time for intersex people to come out of the shadows"

On Monday, Belgian model Hanne Gaby Odiele revealed to USA Today that she is intersex, having been born with sex characteristics that don't fit just one definition of male or female.

In the interview, Odiele recalled when she was 10, having surgery to remove her undescended testes and when she was 18, she had vaginal reconstructive surgery. Now, she's speaking out about it, becoming one of the first intersex people in the spotlight to discuss being intersex.

In an interview with Mic, Odiele, 29, elaborated on why she thought this stage of her career was the right time to speak out.

"I have reached a point in my life where I feel ready to share this important part of who I am," Odiele said. "It is time for intersex people to come out of the shadows, claim our status, let go of shame and speak out against the unnecessary and harmful surgeries many of us were subjected to as children. It’s important for me to speak out now because its way past time these human rights violations are brought to light."

The human rights violations Odiele mentioned are the surgeries that are often performed on young intersex people, often without their consent, to alter their genitalia to make them look more male or female. According to her, that's what happened when she was 10 and 18 years old.

As a model, she now feels an obligation to use her platform to help inform the world of these kind of surgeries.

"Intersex children born today are still at risk for these human rights violations," Odiele said. "I will use my voice and platform to help end such abuses. These surgeries are often driven by fear of nonbinary bodies – people want to put us in a ‘male’ or ‘female’ box, but in reality sex is on a spectrum. Intersex is just proof of this. The United Nations has recently called these serious human rights violations — yet somehow the surgeries continue today around the globe!"

So far, she says that she's received an outpouring of positive support but ultimately what she wants is not attention on herself, but attention on the thousands of other intersex people out there. According to the United Nations, up to 1.7% of the world's population is born intersex.

"I am doing this to increase visibility for intersex people and to spotlight the vital mission of interACT, an advocacy organization doing important work to raise awareness and stop the harmful treatment of intersex children," Odiele said. "I am proud to be working with them to stop this madness and prevent other intersex children from suffering the way I have."

As far as what advice she has for others who may feel ashamed or burdened by being intersex, Odiele said that she gathered up the courage to come out as intersex by finding others like her.

"Be proud. Get informed and connect with other intersex people," Odiele said. "It was so helpful to me. You can be whoever you want, even walk the runway!"