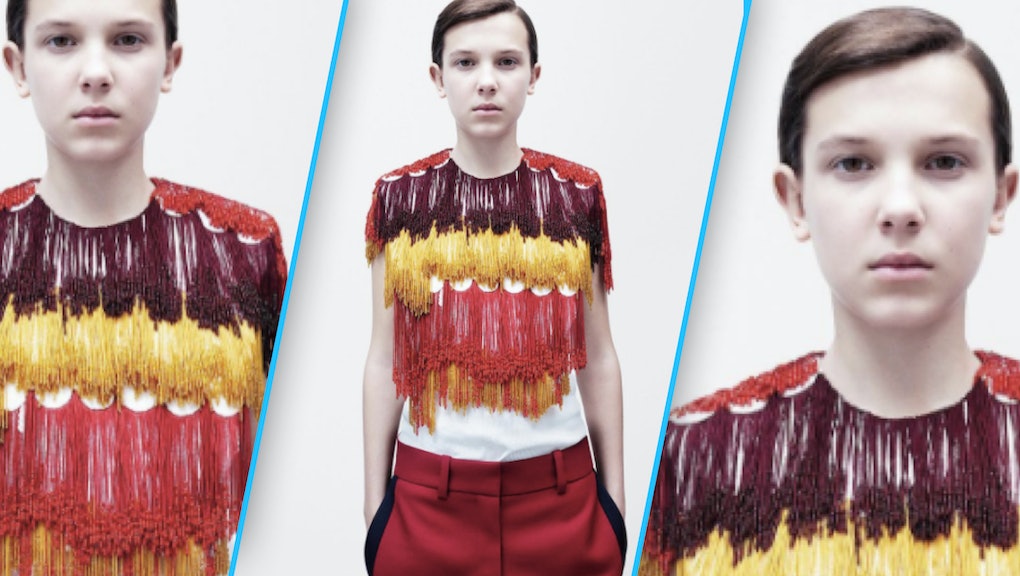 The 14-piece collection was announced without any pomp or circumstance via the brand's website, which notes that CK is "no longer solely for celebrities, rather an open made-to-measure service."

"Calvin Klein is not only about iconic underwear and jeans — it’s about so much more," Simons said in a statement. The line is "very much about celebrating the American woman and American fashion" and "is driven by character; it’s about a woman feeling empowered and being her own person in what she wears.”

Though this is Brown's first time appearing in an official campaign, it's hardly her first time infiltrating the world of fashion. In September, Brown joined Stranger Things co-star Winona Ryder at Coach's NYFW runway show.

That same month, she made headines after joining co-stars Caleb McLaughlin and Gaten Matarazzo at Louis Vuitton's headquarters in Paris for what LV creative director Nicholas Ghesquière described as an "exciting project coming up."

Though many speculated the trio would be the brand's campaign stars, the result of the shoot remains unknown.

With details of Stranger Things season two (including a premiere date) remaining mum, Brown's recent foray into fashion is a welcome venture. And who knows, maybe that Louis Vuitton project may finally surface.