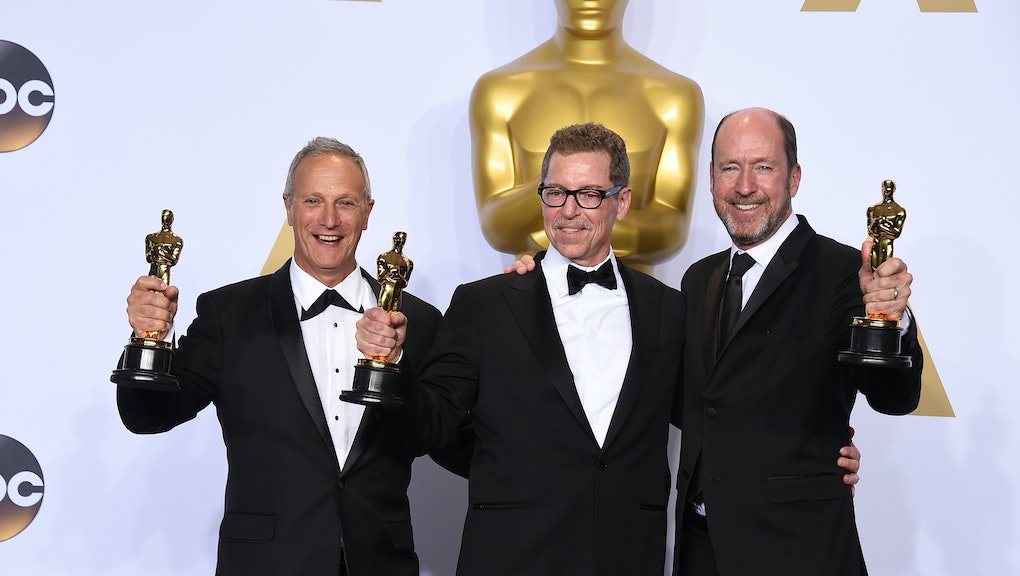 Oscars 2017: What is the difference between sound mixing and sound editing?

The nominations for the 89th Academy Awards have been announced, meaning we can start speculating on who will win the big ones. While the focus may be on the major awards (best picture, best director, best actress, etc.), the Oscars recognize how involved the filmmaking process is and include several important below-the-line categories.

Two such categories are for sound editing and sound mixing. Any confusion between the two is understandable, as not only do the categories sound similar, but the films nominated often overlap.

So, what is the difference between the two categories?

Before the Academy changed the category name to sound editing, the Oscars gave out the same award for sound effects editing. The category's former name better describes what the sound editing award recognizes. The rules for the 89th Academy Awards outline the responsibilities of the sound editing supervisors, who ultimately take home the Oscar:

Basically, the sound editor is responsible for all of a film's sound elements, including dialogue, sound effects, automated dialogue replacement and more. It is not until all of these elements are brought together that the sound mixer can get to work.

In 2013, Erik Aadahl, who was nominated for sound editing for Argo (along with Ethan Van der Ryn), told Deadline: "One way of thinking about it is kind of like an orchestra, where you'll have the composer composing the symphony and then a conductor saying, 'More flutes here,' and that's very much what mixing is— it's like conducting."

"We're more the composers on the editing side," Aadahl explained. "The mixers are the conductors, and they find those perfect balances to tell the story — between music and sound design and our dialogue — and weave all those together as a conductor would with an orchestra."