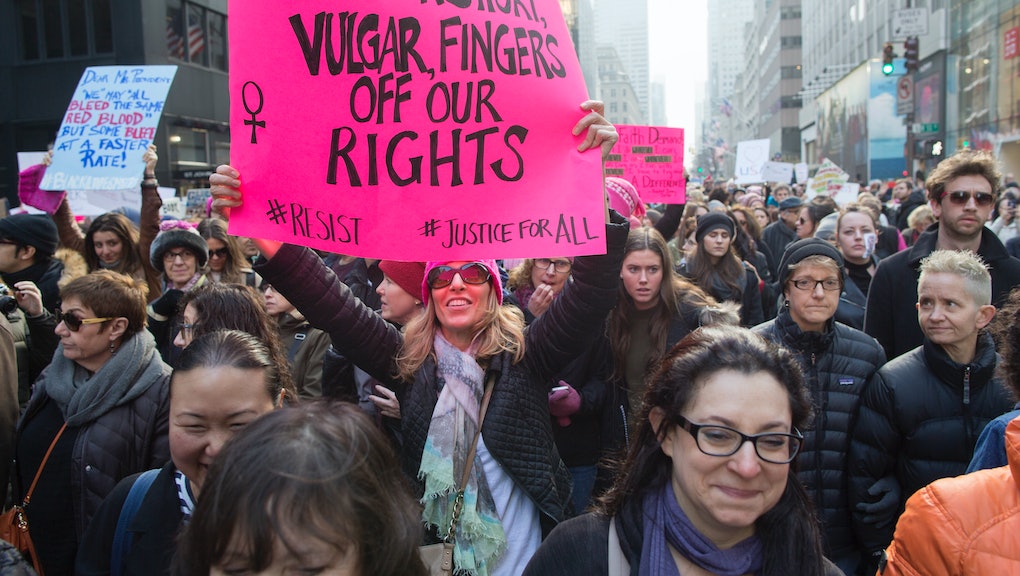 Just a handful of days into Donald Trump's presidency, abortion opponents already have reason to celebrate.

Their latest victory: On Tuesday, the House of Representatives passed the No Taxpayer Funding for Abortion and Abortion Insurance Full Disclosure Act — also known as H.R. 7 — barring the government from funding abortion, whether through Medicaid or the Affordable Care Act, except in three rare cases.

That ban is, of course, already in place as a budget rider — the Hyde Amendment, originally instated in 1976 and renewed annually since. It mandates that federal dollars cannot be used to terminate pregnancies, unless those pregnancies are the result of rape or incest, or unless the pregnant person's health is gravely endangered.

In passing H.R. 7, the House moved to codify the Hyde Amendment, a policy critics say punishes poor and low-income pregnant people — who, incidentally, comprise the majority of abortion patients.

"The House of Representatives’ vote today on H.R. 7 was a vote to punish women who seek abortions on the basis of how much money they earn, where they live, and how they are insured," Dr. Willie Parker, Board Chair of Physicians for Reproductive Health, said in an emailed statement. "H.R. 7 would turn existing cruel and unfair policies that deny women health insurance for abortion into permanent law."

"While this vote is not surprising, I am disappointed for my patients and their families."

This is not the first time the House has voted in favor of a Hyde Amendment-type bill. New Jersey Rep. Chris Smith proposed similar variations on H.R. 7 in 2013 and 2015, both of which made it past the House, but not the Senate.

Should H.R. 7 pass on this round, there's every reason to believe that Trump would sign it into law; during his campaign, he promised to make the Hyde Amendment a permanent part of U.S. law. That could usher in a number of disastrous outcomes: We know that when abortion becomes illegal, it doesn't go away. It just becomes unsafe.

In many states — 25 in April 2015, according to the Guttmacher Institute — it's already illegal to purchase an insurance plan with abortion coverage through health insurance exchanges. Under H.R. 7, the government cannot subsidize plans purchased through the Affordable Care Act that cover abortion, which would likely drive up the cost of plans that do. But then, Congressional Republicans are bent on the repeal of the ACA, although they have not yet proposed a replacement.

But the bottom line is this: H.R. 7 puts abortion care out of reach for the people who need it most. In an emailed statement, Illinois Rep. Mike Quigley called the bill "dangerous," emphasizing that, days earlier, millions of people around the world had just made a very public stand for women's rights — including reproductive rights.

"Once again," Quigley said, "Republican leaders are showing how out of touch they are with the American people."