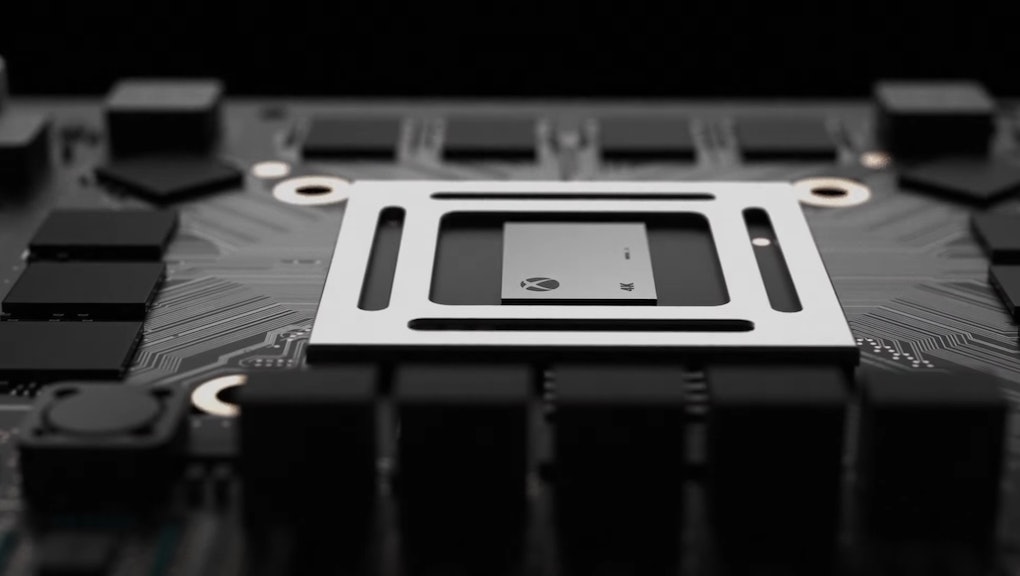 With Scalebound officially dead, Microsoft desperately needs to inject some life into its Xbox line of consoles. One way to do that would be to release a new console that blows the PS4 Pro and Nintendo Switch out of the water with more impressive visuals than console gamers have ever seen before. Enter Project Scorpio, a souped-up version of the Xbox One that supports 4K resolution TVs.

Project Scorpio is set to launch in time for the 2017 holiday season. We still don't know a ton about it, but a new report from Eurogamer shed a bit of light on what to expect from the new Xbox.

Eurogamer stated it received a white paper proposal in which Microsoft outlines its plans for Project Scorpio. The most notable detail is that Project Scorpio is dropping ESRAM, a type of memory present in the Xbox One and Xbox One S hardware. Eurogamer calls ESRAM "contentious" among developers because, while it is impressively fast, there isn't enough of it.

In layman's terms, Project Scorpio is getting rid of a thing developers don't like. That should be good news, right? Well, there's a catch. Since every Project Scorpio game must also work on the default Xbox One, developers are still encouraged to optimize their games for ESRAM. That could potentially limit the benefits we see in finished games on Project Scorpio.

One of the biggest selling points at the initial announcement of Project Scorpio was that it contains six teraflops of power. While this is probably pretty exciting for developers, it's safe to assume most video game players have no idea what that means and it probably doesn't belong in official marketing. The white paper acquired by Eurogamer stands by that initial assertion of Project Scorpio containing six teraflops of processing power.

Polygon's Justin McElroy wrote a pretty simple explainer of teraflops after the announcement. Basically, it's what allows the Xbox to draw polygons and move them around the screen. The base Xbox One has 1.32 teraflops, so Project Scorpio is roughly 4.5 times as powerful in that regard. By comparison, PS4 Pro (then known as PS4 Neo) clocked in at 4.14 teraflops.

It's tough to tell just how impressive that is. Again, this is not a true next-gen console, as all games have to work on all Xbox One machines. We have yet to see a game that is dramatically improved by PS4 Pro beyond an increase in resolution and the addition of HDR lighting. If Scorpio-compatible games are held back by the same restriction, will the increase in power really amount to much? It would be nice if games that run at 30 frames per second could be doubled to 60 frames per second on Scorpio, but again, no game has consistently done that on PS4 Pro yet, according to Eurogamer.

In all fairness, Microsoft did commit to VR support when it announced Project Scorpio. A substantial increase in processing power would definitely help achieve that goal. It's currently unknown which headset Scorpio would support, but Microsoft has had a partnership with Oculus since 2015. That would be the logical choice.

One thing that needs to be understood is that Scorpio is not going to out-perform any high-end gaming PC. TechRadar makes the good point that the top of the line GeForce GTX 1080 graphics card can process nine teraflops of power, which is noticeably more than this console that hasn't even been shown publicly yet.

Not that there's anything wrong with that, of course. People who want to play video games at the bleeding edge of technology shouldn't buy consoles in the first place. Keeping Scorpio's power down relative to high-end PCs will also help keep it relatively affordable. Xbox division head Phil Spencer has said as much, telling AusGamers, "I want Scorpio to be at a console price-point, I'm not trying to go and compete with a high-end rig," back in December.

This is speculation on our part, but a "console price-point" is probably no more than $600. For reference, the PlayStation 3 became an internet meme for costing that much when it came out. Considering you need to spend around $1,000 for a VR-ready PC (before even buying an expensive headset), that's not a bad deal for something that can supposedly play VR games and display non-VR games at 4K.