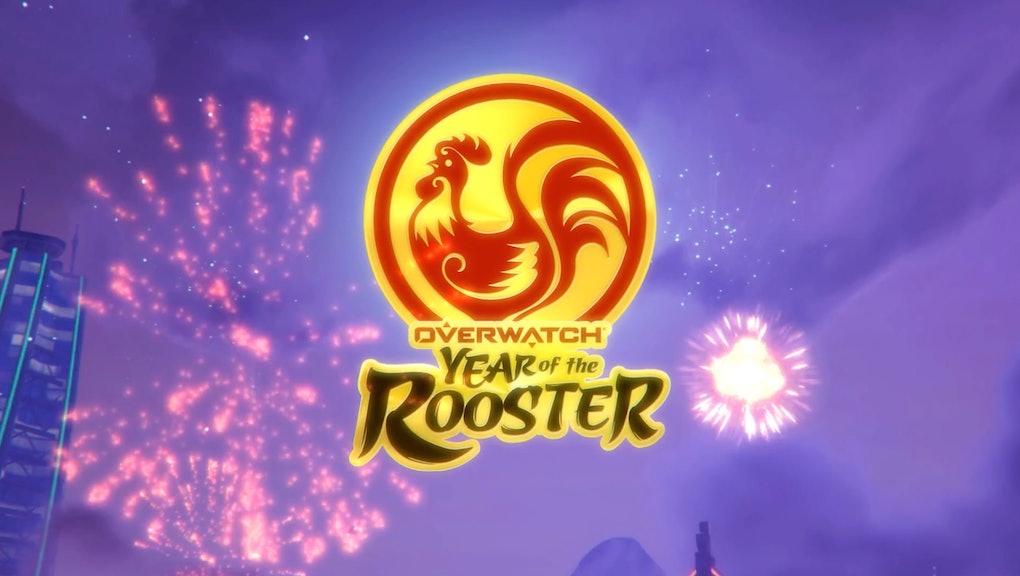 A new patch hit the PS4, Xbox One and PC versions of Overwatch today. The most exciting thing Overwatch patch 2.03 ushered in was the Year of the Rooster event — a new seasonal event based on the Chinese New Year — but there are a whole bunch of other changes, too.

Most notably, patch 2.03 introduces nerfs, buffs, and the long-awaited update to Roadhog's hook that was on the public test realm for several weeks.

There's also a nice new feature that allows players to equip up to four different emotes, sprays and voice lines at a time via a redesigned communications wheel.

Here are the full patch notes from Blizzard's site:

Grab your friends, family, and loved ones and get ready to ring in the Year of the Rooster.

Overwatch's Lunar New Year celebrations have begun and, for the next three weeks, we hope this seasonal event brings you happiness, prosperity, and (most importantly) lots of fun! Collect more than 100 seasonal cosmetic items from our special Lunar Loot Boxes, enjoy a festive fireworks display on Lijiang Tower, and get ready to capture the flag in Overwatch's newest brawl.

— Crouch now has a very small cooldown between uses

— Players can now equip up to 4 emotes, sprays, and voice lines from within the hero gallery

— Hero ability icons are now displayed in the Kill Feed

— Headshot eliminations are now indicated with a red icon

— Biotic Grenade's healing boost on allies has been decreased by 50%

Developer Comments: The healing boost from Ana's Biotic Grenade was providing too much healing, especially when used on targets with large health pools.

Developer Comments: D.Va's armor often made her feel like she had no weaknesses, even against heroes that are typically effective against bigger targets (like Reaper). The changes to her primary fire will result in a small overall decrease in damage, but her Fusion Cannons should feel more consistent now.

— Hooked targets are now pulled directly in front of Roadhog (rather than straight to him), except in cases where Roadhog drastically rotates

— Line of sight checks (which determines if targets are hit by the hook) are now done from Roadhog's position, rather than the hook's position

Developer Comments: The hook should now feel more consistent for Roadhog players, but it should also feel more reasonable to his enemies, as they cannot be hooked or pulled around corners anymore.

— Hack's cooldown has been reduced from 12 seconds to 8 seconds

— Time it takes to hack a target has been decreased from 1 second to 0.8 seconds

Developer Comments: Sombra often had difficulty hacking enemies, even when she surprised the target. This change should help her execute hacks more easily.

— Fixed a bug preventing the Kill Feed from displaying the destruction of Teleporters, Shield Generators, and Turrets

— Fixed a visual bug with Ana's "Toast" victory pose, causing her cup to appear blurry on the right side of the screen

— Fixed a bug preventing Widowmaker's Venom Mine from attaching to walls

— Fixed a bug that allowed Symmetra to place her Shield Generator in unintended locations in Watchpoint: Gibraltar

— Fixed a bug that allowed Widowmaker to reach unintended locations in Ecopoint: Antarctica