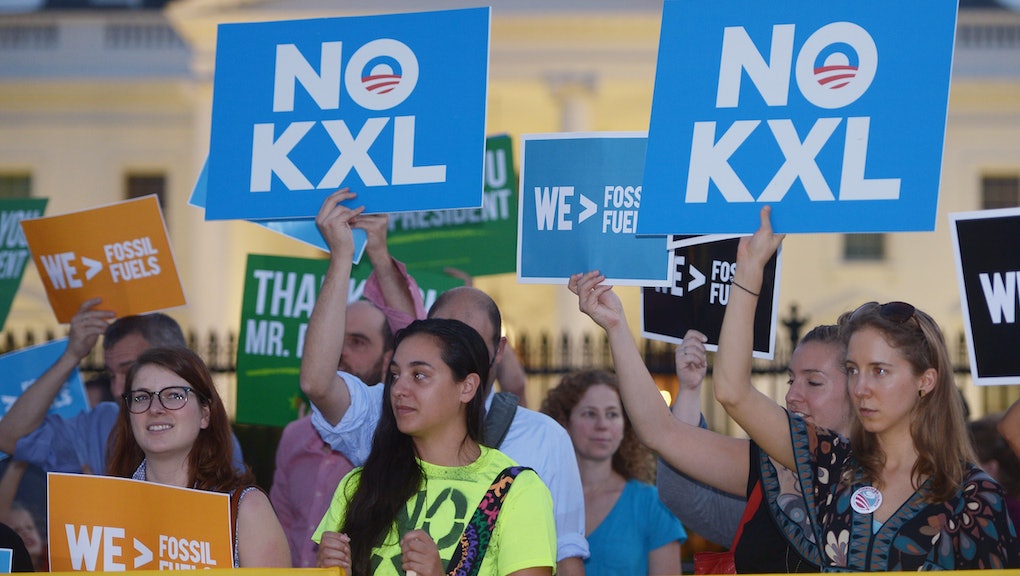 Keystone Pipeline route, map and why it's so controversial

Both projects will "renegotiate some of the terms," including that the pipelines be built with American steel, the New York Times reported. Trump claims that the Keystone XL — a once-rejected 1,179-mile pipeline from the Canadian province of Alberta to Nebraska — will generate 28,000 jobs. Environmentalists and indigenous communities have ardently opposed the pipeline since it was first proposed.

It's not a done deal: Canadian firm TransCanada, which proposed the pipeline, will have to resubmit its application to the Department of State for a presidential permit — and Trump's signed executive memorandum does not guarantee approval, according to the Times.

Here's what to know about the Keystone XL pipeline.

Where does the Keystone XL run?

According to TransCanada, the Keystone XL is a proposed 1,179-mile, 36-inch diameter crude oil pipeline beginning in Hardisty, Alberta, and extending to Steele City, Kansas. The New York Times reported that the pipeline would carry 800,000 barrels of oil per day from the oil sands of Alberta down the U.S. Gulf Coast.

A map published by the Globe and Mail shows the relative locations of the Keystone XL and Dakota Access pipelines.

Why is it so controversial?

Environmental concerns: Oil spills, deforestation and toxic runoff could be some of the consequences stemming from the Keystone XL pipeline's construction, CNN Money reported in 2013.

There are also climate change concerns, as Vermont Sen. Bernie Sanders said in a statement. "At a time when the scientific community is virtually unanimous in telling us that climate change is real, it is caused by human activity and it is already causing devastating problems, we cannot afford to build new oil pipelines that lock us into burning fossil fuels for years to come," he said.

Concerns from indigenous people: If constructed, the Keystone XL Pipeline would run through "six states and the territories of numerous tribes from the Dene and Creek Nations to the Omaha, Ho-chunk and Panka tribes," Public Radio International reported.

The American Civil Liberties Union called the signing of the executive orders a "slap in the face."