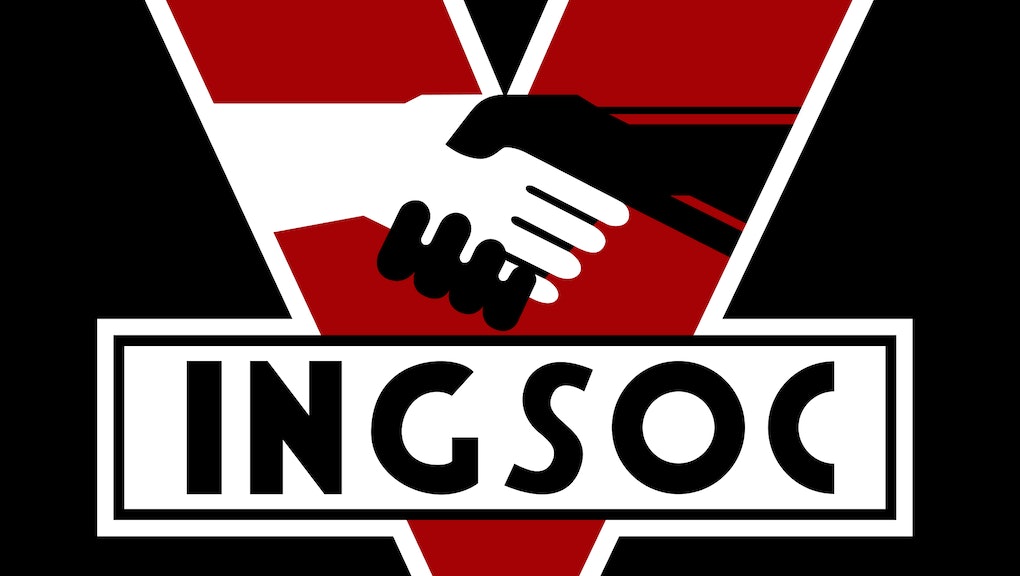 According to Mashable, 1984 rose to the sixth-highest place on Amazon's best-seller list as of Tuesday afternoon.

Orwell's book describes a nightmarish future where England is one province of a totalitarian mega-state called Oceania. It's particularly renowned for its impressive additions to world lexicon — from "Newspeak," Oceania's official state language which lacks the words necessary to express dissent, to "unperson," a perceived state traitor who is removed from all historical records.

Though the book is commonly interpreted as a cautionary tale about communism, Orwell was himself an ardent socialist and intended the book as a commentary on the USSR and other totalitarian governments, including Nazi Germany, that failed to match the promises of their revolutions and degenerated into oligarchy.

On Sunday, Conway described White House press secretary Sean Spicer's decision to present complete and total falsehoods about the size of the crowds at Trump's inauguration as merely "alternative facts." NBC News' Chuck Todd shot back, "alternative facts are not facts. They are falsehoods."

Spicer backed Trump's assertion 1 to 1.5 million people attended the inauguration, a claim that was widely mocked as a fabrication. Empirical estimates have concluded attendance was much lower and was likely in the range of 250,000 to 600,000, and thus dwarfed by either of former President Barack Obama's inaugural celebrations. Protests the next day in D.C. also exceeded attendance at Trump's inauguration by a significant margin.