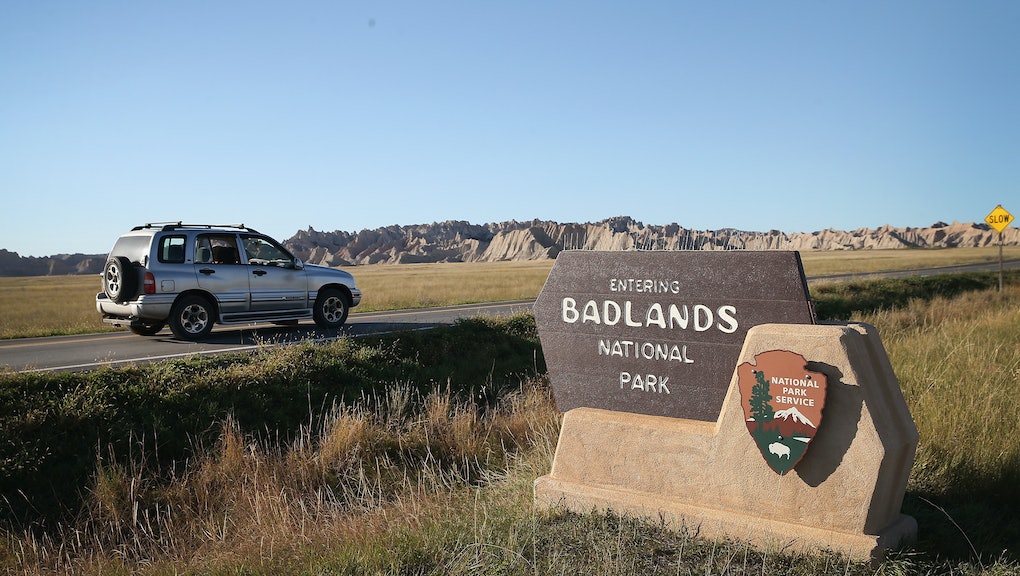 On Tuesday, the official Twitter account of the Badlands National Park, a national park under the oversight of the National Park Service, went rogue amid the efforts of President Donald Trump's nascent administration to impose a communications blackout at several major government agencies.

The account posted several facts — real ones, not "alternative ones" — about the role of mass human industrial activity on the global climate, a link that is near-universally agreed upon by scientists but Trump baselessly considers a hoax.

Though the Trump administration's blackout has so far only been reported to apply at the Environmental Protection Agency, Department of Agriculture, Health and Human Services Department and National Institutes of Health, the tweets from the Badlands account disappeared several hours after they were posted. The Daily Beast's Kelly Weill that when she called the Badlands National Park the "main phone line repeatedly failed," while emails bounced back.

Other agencies, such as NASA's climate division, have continued tweeting about the climate unabated.

Climate was among the many issues which failed to get a mention on the Trump administration's new White House website, while his pick for head of the Environmental Protection Agency, Oklahoma Attorney General Scott Pruitt, is an opponent of the agency's mission who has sued it over climate regulation in the past. Trump himself has referred to climate change as a "hoax," and inaccurately said "nobody really knows" if it is real.