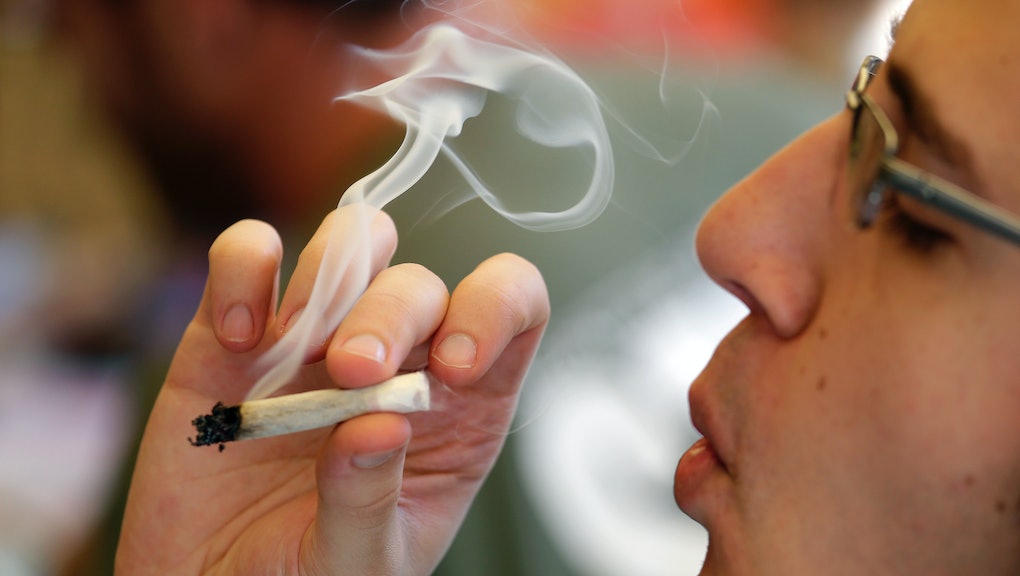 Can I take marijuana on a plane? Here's what you need to know before traveling with weed

Now that several more states have made marijuana legal to use, either recreationally or medicinally, many people are wondering where they can take their weed and specifically whether it's legal to fly with the drug.

The technical answer is no.

The most straightforward answer is no, you still can't legally take marijuana on a plane. According to Cannabist, even states where marijuana is legal have laws where you cannot take it over state lines. And even if you're flying from Seattle to Denver, you're going to cross over some places where the drug is not allowed.

Here's where it gets fuzzy

The thing is, many people believe TSA agents are the equivalent of cops, which is untrue. It is not the job of the agents to arrest you; instead, they are providing security. If you are found to be doing something you shouldn't when going through security, the local law enforcement will be notified.

In addition, the TSA has put out an official statement, saying they do not search for marijuana or other drugs. However, because they are "governed by federal law," they can refer anyone in any state carrying weed to local law enforcement, as marijuana is still federally considered a Schedule I substance.

Some airports have been very specific about their rules on marijuana, surprisingly, ones in states where the drug is legal. The Denver Post states the Denver airport has extremely strict policies on marijuana, including the potential for fines and confiscation. Certain airports, including Denver, also provide passengers with the ability to turn their weed over to amnesty boxes, no questions asked.