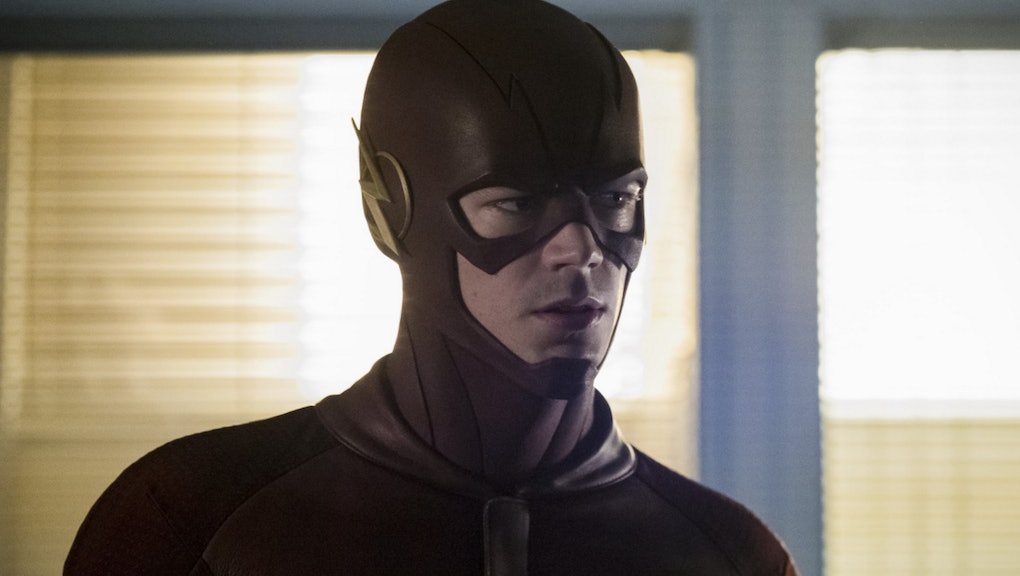 'The Flash' season 3, episode 11 spoilers: What will happen in "Dead or Alive"?

The Flash returned from its winter hiatus Tuesday night, with Barry Allen immediately working to prevent a future where Iris West is murdered by Savitar. When a new robber — nicknamed Plunder — starts operating in Central City, Barry recognizes him from the future's headlines and decides that if he does not capture him, perhaps Iris will never be murdered.

Of course, Barry's odd behavior attracts the attention of the rest of the team, and he eventually tells them what he saw in the future. Now, Team Flash is working to change as many of the news headlines from the future as they can, in hopes that doing so will alter time and prevent Iris' murder.

While Barry Allen and the rest of the team will likely continue their efforts in the coming weeks, they will have to deal with an unrelated issue in season three, episode 11.

In the latter moments of Tuesday's episode, a mysterious woman emerges from a breach, presumably in Earth-1. Her name is Gypsy, and she has been sent to capture H.R. As it turns out, interdimensional travel is strictly not allowed on Earth-19 (H.R.'s earth).

Check out the synopsis via Comic Book for season three, episode 11 of The Flash:

H.R.'s (Tom Cavanagh) past catches up with him when a bounty hunter with vibe powers named Gypsy (guest star Jessica Camacho) arrives in Central City to bring him back to Earth-19 to stand trial for his crime. It turns out interdimensional travel is illegal on their Earth. H.R. surrenders, but when Barry (Grant Gustin) and Cisco (Carlos Valdes) find out that H.R.'s only hope would be to challenge Gypsy to a fight to the death, they intercede and Cisco offers to fight Gypsy instead.

While Gypsy will initially assume an adversarial role, do not be shocked if she quickly aligns with Team Flash. In the comics, Gypsy is a sometimes-member of the Justice League and the Birds of Prey, both of which are heroic teams.

Carlos Valdes, the actor who plays Cisco Ramon, teased Gypsy's role during the CW's Fan Feast:  "DC Comics fans will be familiar with Gypsy. She is going to be coming into our world, and Vibe will definitely get to learn some new skills as part of getting to know her. So, I'm excited to see how that plays out." It certainly does not sound like Vibe and Gypsy's feud will last very long.

You can check out the promo for "Dead or Alive" below:

The Flash airs on The CW at 8 p.m. Eastern on Tuesdays.