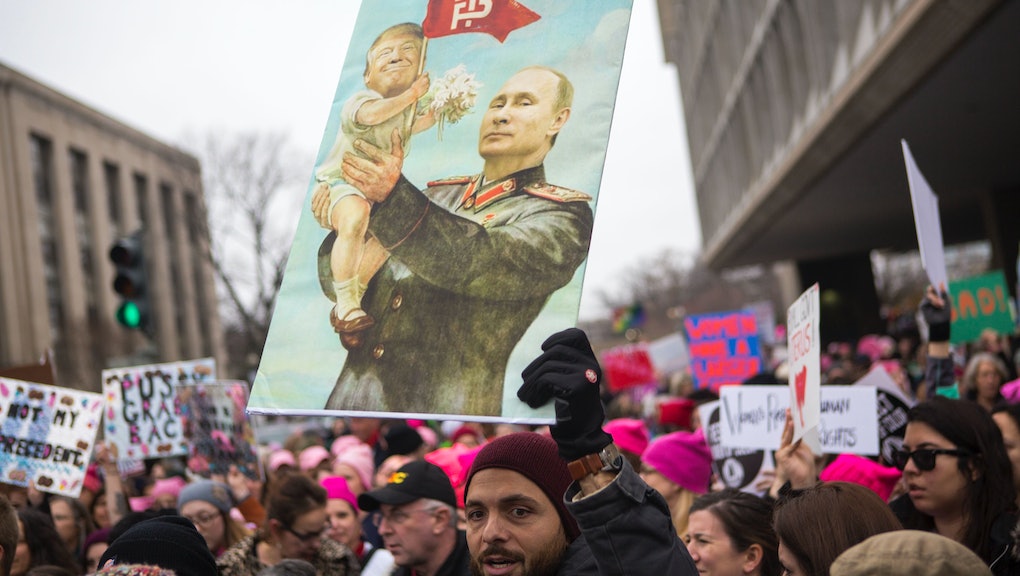 The US was just demoted from "full democracy" to "flawed democracy"

For the first time, the United States has officially slipped in the Economist Intelligence Unit's rankings of global democracy — from "full democracy" to "flawed democracy" — putting us at the same level as countries like Singapore, Italy and India, CNBC reported on Wednesday.

The EIU is the research and analysis branch of the Economist, which releases a democracy index every year that evaluates countries on such metrics as civil liberties and political participation. High scorers earn the rating of "full democracy," while the lowest are labeled "authoritarian regimes."

And for the first time, the U.S. score fell below the 8-point "full Democracy" threshold, landing instead in "flawed Democracy" territory. But this revelation isn't all the work of the newly inaugurated President Donald Trump. The report notes that the U.S. has be slipping in the rankings for some time.

"The U.S. has been teetering on the brink of becoming a flawed democracy for several years, and even if there had been no presidential election in 2016, its score would have slipped below 8.00," the EIU report said, according to CNBC. Instead, the report notes, the score is due in part to sinking public confidence in government, restrictions on civil liberties and low voter turnout.

The U.S. isn't alone in its decline. According to CNBC, the EIU said that "almost half of the 167 countries covered by its index registered a decline in overall scores between 2006 and 2016."