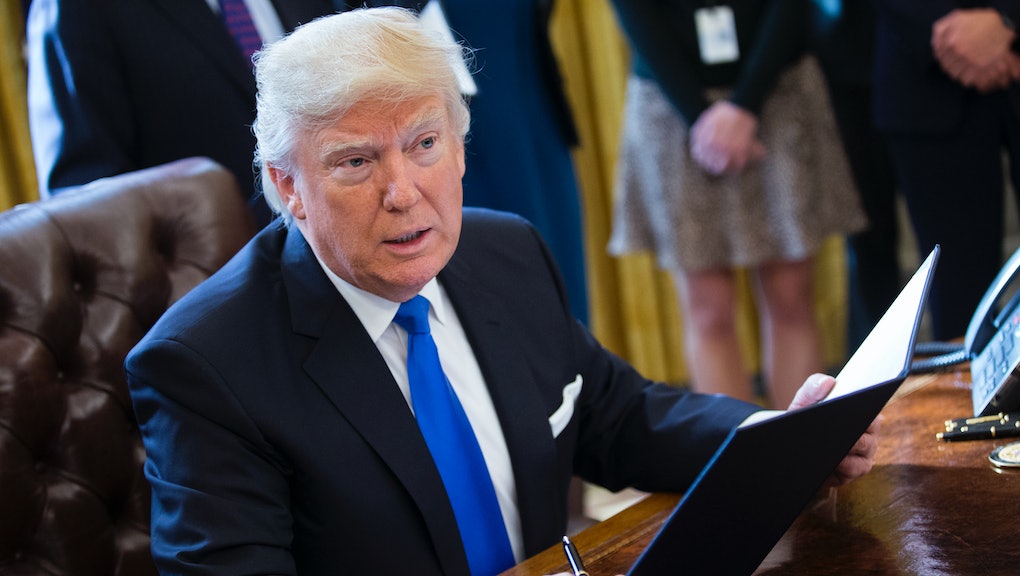 On Monday,President Donald Trump announced his plans to withdraw the United States from the Trans-Pacific Partnership — the trade deal negotiated by President Barack Obama that faced serious opposition from both sides of the aisle, including a sizeable contingent of progressive Democrats who rallied around Bernie Sanders' similar calls to reject the deal.

While there will certainly be big impacts on both workers and businesses in the United States, the rejection of the deal will also have a dramatic effect on global trade. Here are some of the ways Trump’s decision to pull out of the TPP will change global trade:

With the United States out of the Pacific free trade picture, China has an opportunity to fill the void. The country could create an Asian free trade pact, according to Bloomberg. This would allow it to do business across the same national borders Obama hoped the U.S. would, strengthening its position as an economic power in the region.

Mexico could have more options

The Trump administration already has a strained relationship with Mexico due to his immigration policies, but some experts say this could free Mexico from reliance on the United States for trade. Mexico’s president has already announced plans to shore up trade deals with other nations and rely less on the United States.

A trade war is possible

If the TPP withdrawal is paired with more protectionist measures, the U.S. and China could soon be in a trade war, some analysts say, with both sides boycotting the others products. This would seriously impact the economies of both and have ripple effects that impact countries in Europe, Asia, and across the globe. American companies that could be hit hard include Nike and Ford Motor Company.

Other TPP countries could still do something

Without the U.S. involved, the TPP is probably dead. But there remains a chance that other would-be parties to the deal could sign a different one, cutting the U.S. out. That could change trade relations drastically.