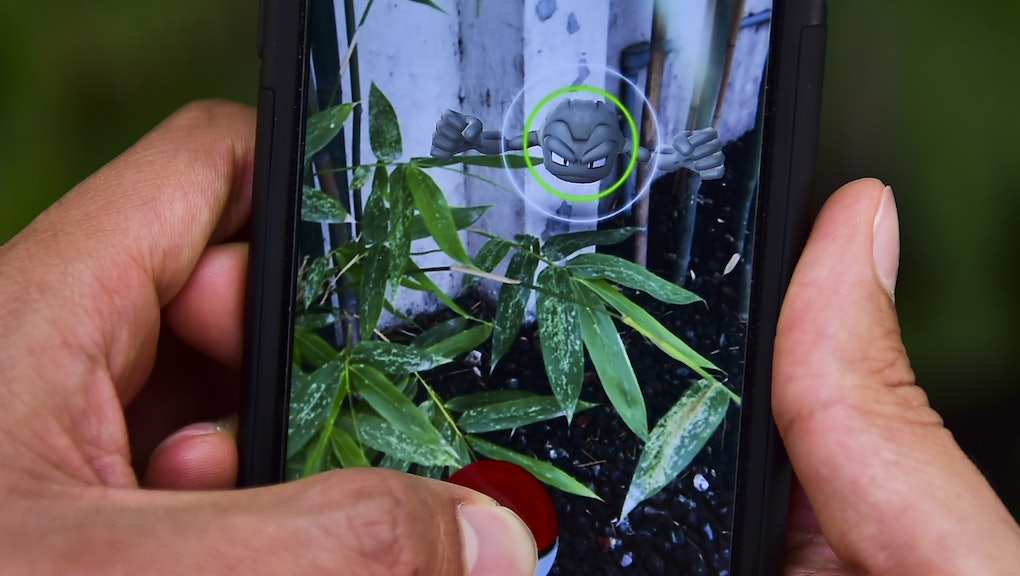 Pokémon Go relies on natural geography to decide which creatures appear in certain areas. So, for example, if you're near a lake, you should see lots of water-type Pokémon. But what if you could make a park and a lake appear right next to your house, then farm the spawns most common to those areas?

A recently discovered Pokémon Go hack may let you do just that — but it may also threaten the game itself.

Pokémon Go hack: How it works

It has been suspected for some time in the Pokémon Go community that Niantic draws data in part from the open-source map project OpenStreetMap to help construct the game map in Pokémon Go, which in turn helps determine where and when Pokémon spawn.

Some Pokémon Go players seem to have figured out how to effectively change the Pokémon Go map by making changes to OSM. This has the potential at the very least to disrupt the way Pokémon Go generates Pokémon spawns and presents a serious problem if too many people try to use this new cheat.

Deciding which Pokémon would appear where required a whole extra set of mapping data.

Pokémon Go players have independently figured some of this out for themselves. The Pokémon Go experts at The Silph Road have conducted studies in which players recorded spawn data, and tried to figure out the correlations between an environment and which Pokémon spawn there.

These environments are sometimes referred to as "biomes," and developers analyzing Pokémon Go suggest that each biome has a set list of common, uncommon, rare and very rare Pokemon that may spawn in that biome.

Hanke and many of the other developers behind Pokémon Go also helped develop Google Maps and Google Earth, so these mapping tools are deeply associated with Pokémon Go. What players might not realize, however, is that Pokémon Go may also draw data from an open-source map.

In late 2016, Silph Road community member Tr4sHCr4ft posted the results of a study into the connection between OSM tags that denoted certain types of terrain and Pokémon spawn behaviors in those areas.

Tr4sHCr4ft noticed that areas marked as "park," "recreational" and "meadow" in OSM were spawning Pokémon. The study also looked into water features like reservoirs that were marked on OSM but not on Google Maps and noticed water-type Pokémon spawning near those features.

Placed among the comments to his post lay a question that could turn into a dangerous proposition.

"So can we 'inspire' better Pokémon spawns by dumping local data into OSM?" wrote do_theknifefight. "Or do you think it is used in whatever state they found it in?"

OSM has been a useful tool for players trying figure out where they ought to be hunting Pokémon or why Pokémon are spawning where they are, though the relationship between OSM and Pokémon Go has not been clear. Recent posts on The Silph Road, however, seem to indicate that making changes to OSM can effect changes on Pokémon spawns in Pokémon Go.

"So yeah, I no longer have any doubt that OSM influences Pokémon go," wrote Memories_of_nemo. "Marked two new areas as parks, and two as meadow in my town, and the three that I checked today all became nests. The Meadow areas I edited would normally have been seen as one area, but I split them in two, and guess what, they are two separate nests with different species. Use this power responsibly people, it's legit."

"My University campus was tagged as a school," wrote GhostCheese, "so I went in and changed it to University and after about a month now there are spawns on campus."

Silph Road community members proposed the creation of a watchdog group to look out for OSM changes that appear to have been made solely to influence Pokémon Go.

'We know there's a non-insignificant portion of the player that have no scruples when it comes to playing," wrote PokeDocMatt, "and the potential harm to the OSM and its many beneficiaries seems too real... So what can we do as Travelers to counteract this?"

Dronpes, one of the two co-founders of The Silph Road, sees the question of OSM editing and Pokémon Go as one to take seriously.

"The geolocation gaming genre will likely expand soon — especially now that PoGo made its creators such an incredible ROI," wrote Dronpes. "It won't be long before other geo-games follow into the market. The most cost-effective datasource for these is the OSM dataset (we know because we use it ourselves), driving up the incentives for future gamers to attempt to manipulate their local OSM features."

"This is a question with no easy answer," wrote Dronpes. "But if TSR could help minimize PoGo's footprint/damage to the integrity of the project, that would be worth exploring."

Mic has reached out to Niantic for comment and will update with any response.

Check out Mic's Pokémon Go tips and tricks. Here are guides on how to get stardust, how to determine how long it will take you to reach level 40, the kind of Pokemon you get from 10km eggs, how to create new PokéStops, how to maximize your chances of catching Pokémon and how PokéStops distribute Pokémon eggs. Also check out how to catch Gen 2 baby Pokémon, our analysis of post-balance update Chansey and Rhydon and everything you need to know about finding the long-awaited Pokémon Ditto.