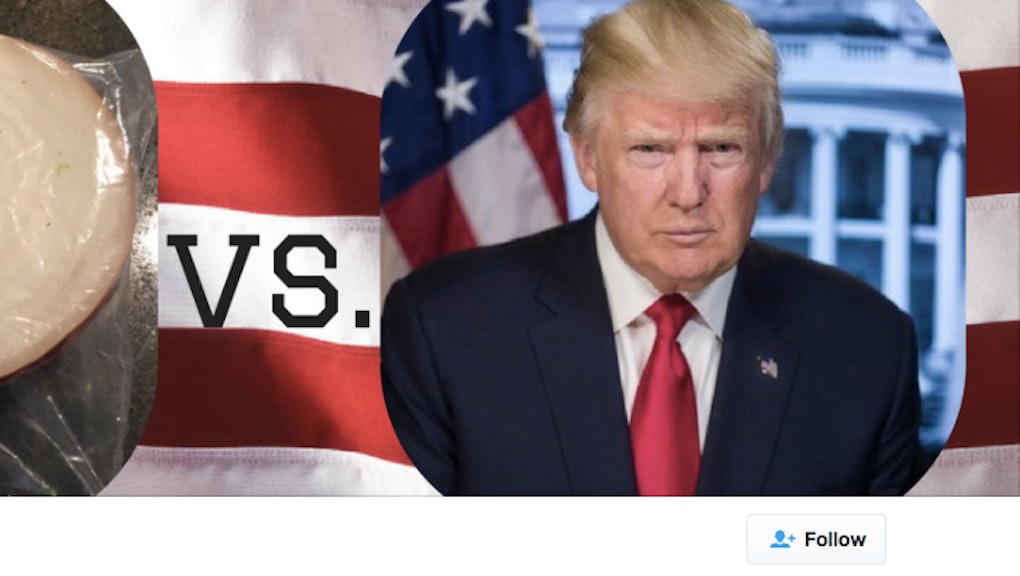 A half-onion in a bag has more Twitter followers than Jill Stein, Gary Johnson and soon, Trump

What makes people cry, enjoys Twitter trolling and reveals the exact same qualities no matter how many layers you peel from its exterior?

No! It's not the president of the United States, though no one could blame you for guessing as much. It's @HalfOnionInABag, the glorious Twitter account that has made pissing off President Donald Trump its first order of business.

The account, which exists solely to "get more followers than @realDonaldTrump," as it reads on its Twitter bio, has racked in more than 525,000 followers in its first few days of existence. And just like a little piece of an onion can, the number is growing.

While that may be chump change compared to Trump's current 22 million followers, the account has achieved several accolades worth recognizing. All signs point to this bagged half-onion outliving Trump's Twitter fame.

The onion requires no alias

HalfOnionInABag was able to secure a full name in its handle — unlike America's current president — and doesn't have to rely on an alternative moniker like @TheRealHalfOnionInABag. That'd be awkward!

Libertarian Party candidate Gary Johnson may have won 3.27% of the popular vote in the 2016 election, but his 368,000 Twitter followers are no match for a half-onion in a bag. Similarly, Dr. Jill Stein — who secured 1.06% of the vote but boasts just 279,000 Twitter fans — was unable to withstand its social power.

If number of Twitter followers bared more weight than the number of popular votes in a presidential election, HalfOnionInABag would have surely had the 2016 race in the bag — or would have at least beat out Johnson and Stein.  Even more, while not yet confirmed, it's assumed the half-onion knows what Aleppo is.

She's afraid of Wi-Fi and loathes vaccines, but there's one thing near and dear to Stein's heart — and that's cats!

Though the onion and Stein may share something in common — one seemingly cares about the environment, the other was birthed from it — the onion dares not tweet about its love for four-legged fluffballs.

HalfAnOnionInABag could actually be quite dangerous for felines, as a cat's consumption of onions can break down the little kitty's red blood cells and potentially lead to anemia. If its sheer number of Twitter followers wasn't enough to prove the onion is more powerful than the Harvard grad, how about them apples?

What would the taco — or taco bowl — be without the kick only an onion can provide? Beyond the beloved taco, many Mexican recipes like pickled onion, fajitas and salsa rely on the onion for incredible flavor. While he may currently have more Twitter followers, Trump is known to have a thing or two against the country of Mexico.

The half-onion is beneficial for human health

Not only does the onion add inimitable flavor to otherwise bland dishes, but onions are also good for a person's health. They're a great source of vitamin C and may even lower a person's risk for heart disease, Parkinson's disease and stroke. Trump, meanwhile, has sparked feelings of anxiety and fear in many Americans, making him the opposite of a health aid.

The onion isn't a racist or a misogynist

How could it be? It's an onion!

In any event, this onion in a bag deserves a place in the politics of 2017. If Trump happens to catch a whiff of this prime presidential trolling, he'd be wise no to brush it off so fast.

While the account has a ways to go in catching up to the president's follower count, as anyone who's ever cut or eaten an onion knows, the onion's pungent taste and smell tend to linger.