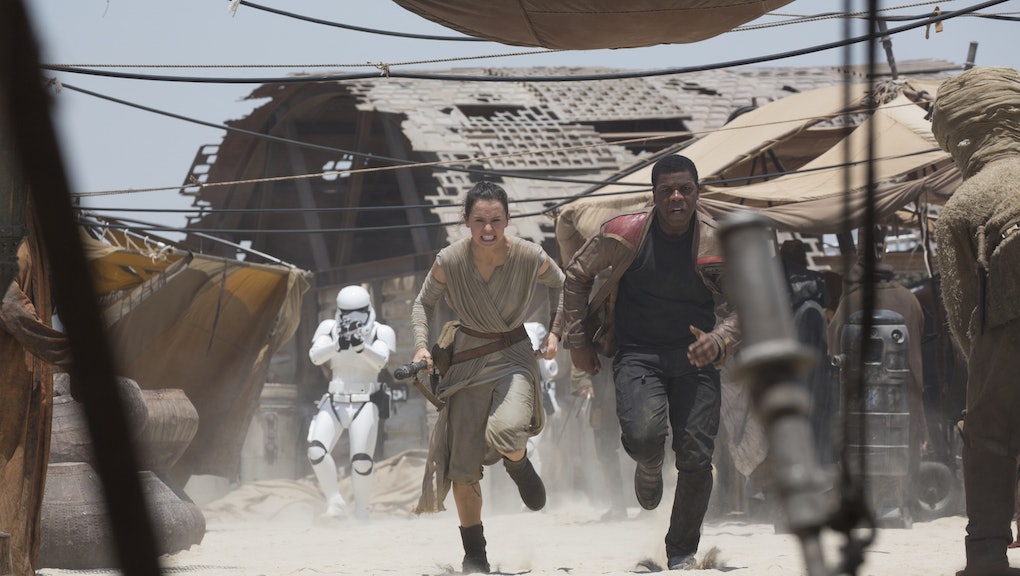 Listen, we know that it's exciting that fans finally know the name of the next Star Wars movie, The Last Jedi — and if anyone ever had the opportunity to meet Daisy Ridley, they'd incessantly ask her questions to get even the littlest of plot details. But for her own sake, don't!

Lucasfilm is incredibly secretive about Star Wars in the age of internet spoilers, and who can blame them (HBO probably wishes they could dispatch dragons to set fire to all the people posting Game of Thrones spoilers). So when actor Josh Gad — who is currently filming a Murder on the Orient Express remake alongside Ridley — asked her for information about The Last Jedi, we couldn't help but feel for her. Gad posted his interrogation of Ridley on his Instagram, and he set it up pretty well after inviting her to his trailer.

"I had an important question to ask you, and I'm so sorry — I just, I meant to call you last night," he says. "It's about today's scene. Who are The Last Jedi?"

"We're not doing this, Josh," Ridley says with a feint smile. The strained expression is likely concealing the fact that she must now live out the remainder of her production schedule on the film in fear that Lucasfilm will apprehend her, and possibly use a neuralyzer à la Men in Black.

Thankfully, Ridley remained coy when asked by Gad if The Last Jedi title was intended to be singular or plural — a heated debate among fans — which should satisfy Star Wars' corporate overlords.

But if Ridley goes on a press tour for Murder on the Orient Express and seemingly has no recollection of her conversation in the trailer with Gad, or of shooting important scenes from the film, we'll know that the neuralyzer was pressed into service.