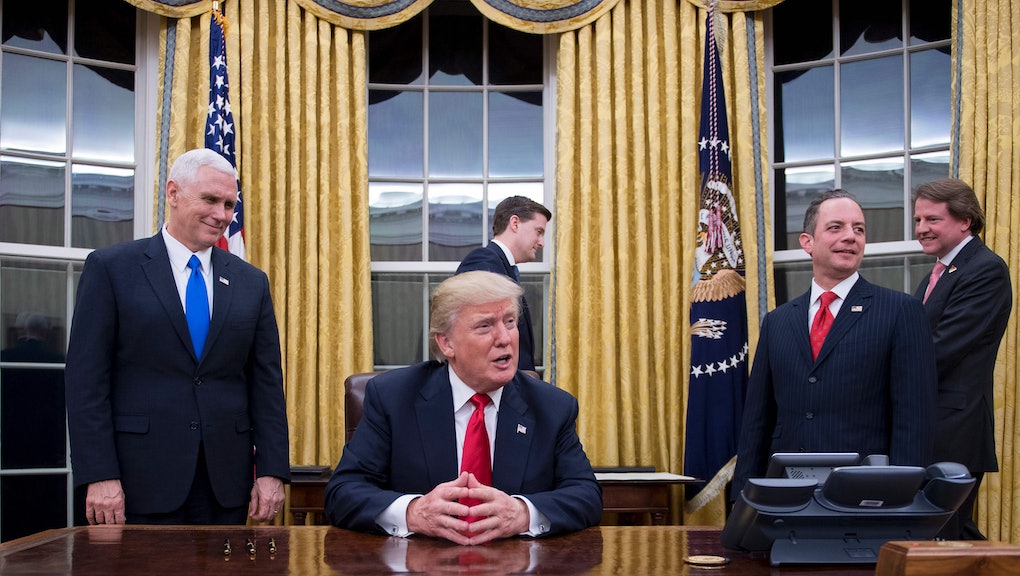 These selling points, of course, come with one enormous caveat: The construction of these pipelines would likely contaminate Native Americans' drinking water and cost them their lives.

Along with Trump's decision to push forward with the pipelines — a literal representation of his disregard for the health and well-being of Native Americans — came a symbolic one.

According to the New York Times, Trump had a portrait of Andrew Jackson — the president responsible for the Indian Removal Act and consequently the Trail of Tears — installed in the Oval Office on Tuesday.

Trump and his administration consider Jackson the first populist president and, therefore, an idol.

Jackson's policies called for the removal of roughly 125,000 Native Americans, who U.S. military troops forced off their Georgia, Tennessee, Alabama, North Carolina and Florida lands. Troops marched them thousands of miles without any food, supplies or other government assistance, which resulted in some 5,000 deaths.

Given Jackson's dark legacy, news that Harriet Tubman would replace him on the $20 was met with celebration from those who agreed it was better to spotlight a woman who had helped free slaves rather than a president who had owned slaves himself.

Though Jackson may be demoted from the nation's currency, for the next four years at least, he'll have a mantle in Trump's office.

Many people have even drawn comparisons between Trump and Jackson, with National Public Radio host Steve Inskeep joking that Trump is to Twitter fights as Jackson is to live duels, the Times reported.

"They're both seen as uncompromising fighters who took the side of the people they were loyal to," he said, according to the Times. "They fought for those people and for themselves as well and didn't care who else got hurt."

And at a dinner last week, Vice President Mike Pence marveled at Trump's victory, "There hasn't been anything like this since Andrew Jackson."