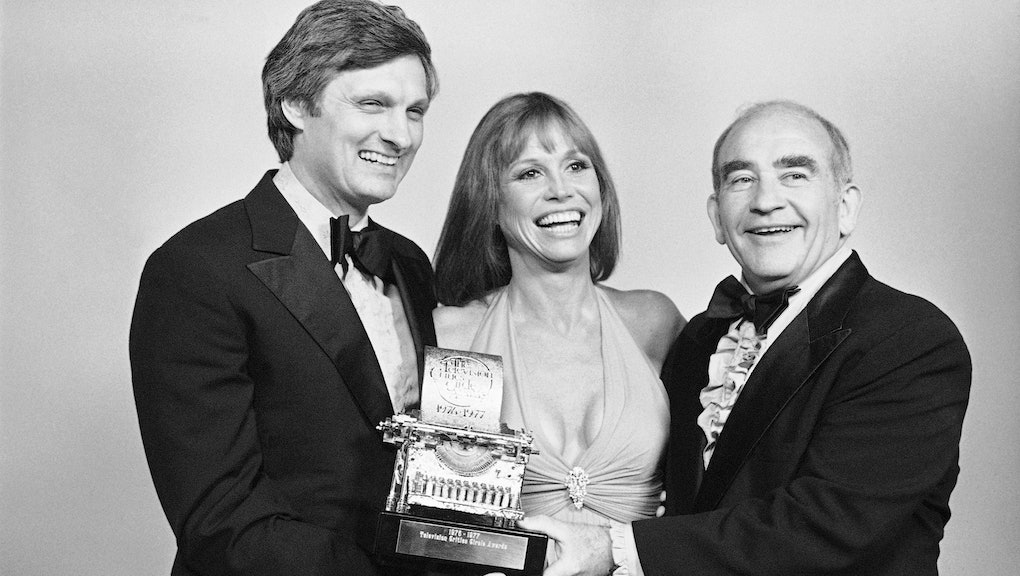 Feminists react to the death of Mary Tyler Moore

On Wednesday, as President Donald Trump and his party continued dismantling reproductive rights, the world lost a feminist icon: actress and activist Mary Tyler Moore died at the age of 80.

Most famous for playing newswoman Mary Richards on The Mary Tyler Moore show, Moore's character set a precedent for women on television and in the office. As Richards, the Emmy Award-winning actress brought to life what was, at the time, a little-seen sitcom narrative: That of the single, working woman vying for equality in a male dominated industry in the 1970s. She was on the pill and pushed for equal pay. She did not end the show happily married off or in a marriageable relationship, a welcome role model for career women in the era of the Equal Rights Amendment.

"Thirty-three, unmarried and unworried — Mary is the liberated woman's ideal," TV Guide wrote of Moore's character in 1973, according to the Washington Post.

Over 40 years later, that statement holds true. Feminists and female admirers took to Twitter to pay homage to the star who broke ground for women, onscreen and off.

The Mary Tyler Moore show was also progressive in its inclusion of women in the writers' room: