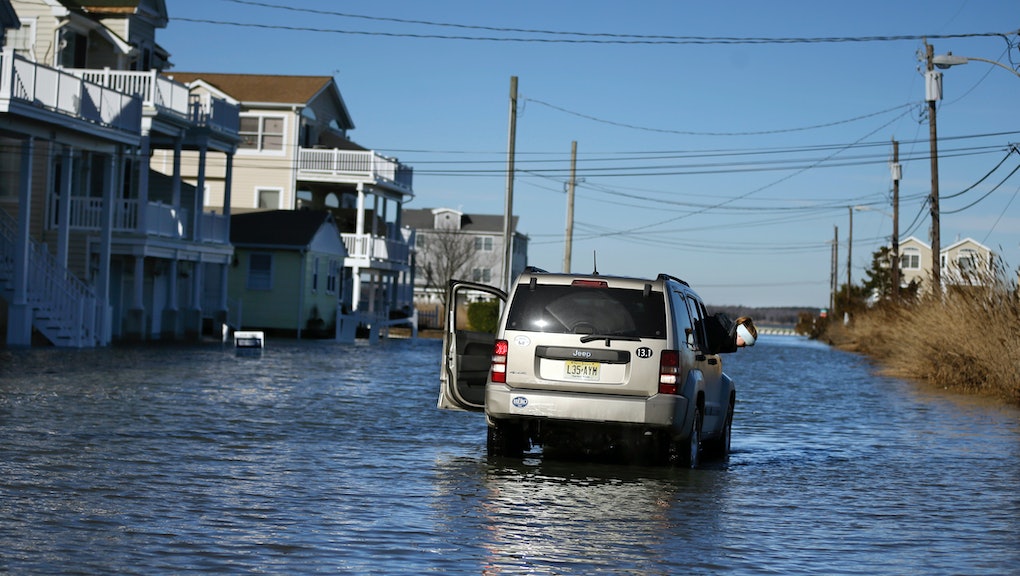 In grim climate news, a new report by the National Oceanic and Atmospheric Administration warns that, while sea levels are rising around the world, they're rising faster than the global average along much of the U.S. coastline — including along the Northeast Atlantic.

"The ocean is not rising like water would in a bathtub," NOAA oceanographer and lead author of the report William Sweet said in a statement. "For example, in some scenarios sea levels in the Pacific Northwest are expected to rise slower than the global average, but in the Northeast they are expected to rise faster."

CBS News also reported that even if we don't reach the absolute worst-case predictions, U.S. residents will still suffer — "researchers have estimated that a lower rise of 6 feet would be enough swallow up the homes of about 6 million Americans."

The NOAA identifies two major causes of sea level rise — the fact that the ocean is warming (and expanding as it warms) and the melting of "land based ice," like glaciers. And, according to the NOAA, more warming means that sea levels will "likely rise for many centuries," and they'll rise at faster and faster rates. That puts the nearly 40% of the U.S. population who live in "relatively high-population-density" coastal cities and towns at risk.

Considering that 2016 was the hottest year on record for the third year in a row — and that President Donald Trump, who this week ordered the Environmental Protection Agency to delete information about climate change from its official website, seems to have no plan to fight global climate change — coastal U.S. cities will likely get a lot wetter over the coming years.