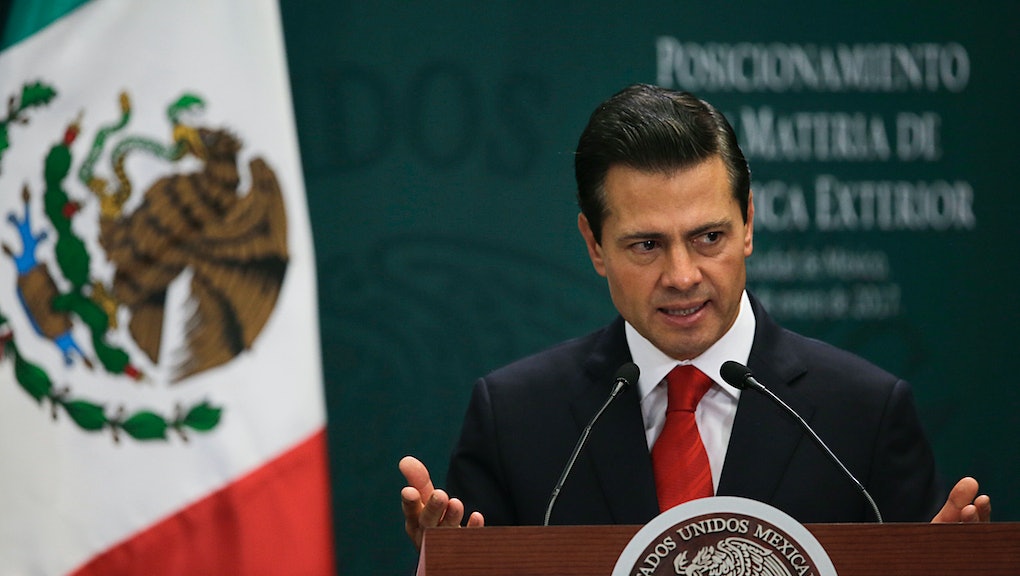 Mexican President Enrique Peña Nieto has canceled his meeting with President Donald Trump following Trump's threats to cancel the meeting himself if Nieto didn't agree to pay for his planned border wall.

Trump signed an executive order on Wednesday, setting in motion one of his earliest campaign promises. Later that night, according to the Washington Post, Nieto said in a recorded message that he "regrets and disapproves of" Trump's decision to move forward with the United States-Mexico wall.

At the time, though, the Mexican president said he still intended to stick to his plans to meet with Trump for a face-to-face that had originally been planned for Jan. 31.

Nieto, as well as former Mexican President Vicente Fox, have both spoken out against the border wall in the past.

In August, Nieto wrote the following on Twitter (translated from Spanish): "At the beginning of our conversation with Donald Trump I made clear that Mexico will not pay for the wall."

And most recently, Fox tweeted in more explicit terms: "Trump, when will you understand that I am not paying for that fucken wall. Be clear with U.S. tax payers. They will pay for it."

Indeed, if Trump can't convince Nieto to pony up as much as $25 billion for a wall he hopes will keep the Mexican president's own citizens out of the country, the financial burden will fall to American taxpayers.

Thursday morning, House Speaker Paul Ryan announced such would be the case, stating that Congress would finance Trump's wall.