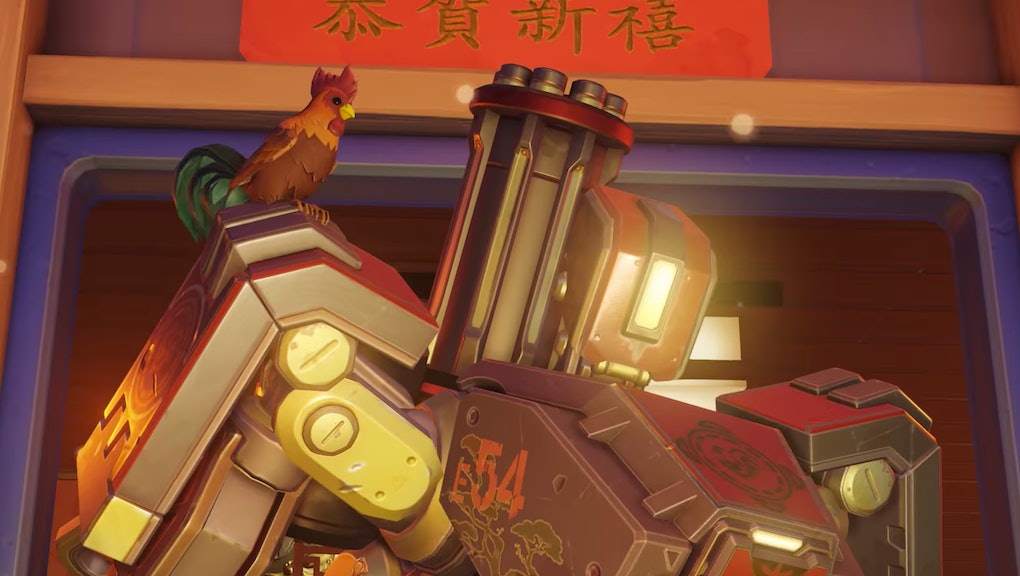 Blizzard's multiplayer shooter Overwatch has a wonderful, diverse, compelling cast of characters — but, naturally, they don't always get the attention from Blizzard that they deserve. One such hero is Bastion, the robotic defense character who can transform into a powerful turret.

Bastion has remained relatively untouched in the course of Blizzard's numerous patches that buff and nerf various heroes to keep them balanced, but a post on Blizzard's forums indicated he might be next on the list for some updates and tweaks the community thinks is long overdue.

This conversation about a buff for Bastion all started on the Overwatch forums, where forum user Rarithlynx asked the development team to consider buffing him, outlining some of the major issues the character faces currently.

"Bastion is currently in a pretty bad spot," Rarithlynx wrote. "He has the most counters out of all heroes in the game, including quite a bit of hard counters. He's big and immobile, and has no defensive or escape abilities, and requires the team to babysit him all the time."

Overwatch principal designer Geoff Goodman chimed in, saying that changes are on the way soon, but did not specify what those changes were or when they'll hit the public test realm.

"I'm actually working on some changes for him right now," Goodman said. "I'm not quite sure when these changes will hit the live game — we're still testing different things internally."

It seems unlikely that Bastion will undergo a major overhaul, like Symmetra did recently, but it's too soon to know for sure. As soon as Blizzard announces more about changes to Bastion, Mic will let you know.