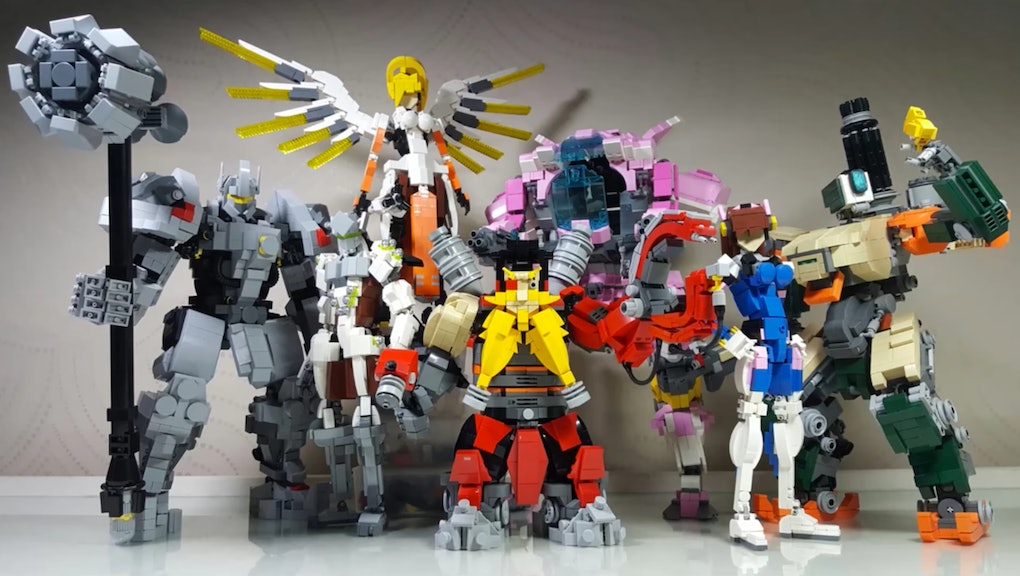 Something about the colorful cast of Blizzard's multiplayer shooter Overwatch inspires a lot of incredible fan creations, from cosplay, to amazing art, to functional weapon replicas, to cupcakes — and now, to custom-built Lego figures.

A Korean YouTuber has several videos on his channel that show some amazingly detailed creations of several different Overwatch characters that can move and transform, just as their respective characters do.

His Lego version of the tank hero D.Va includes two separate figures so she can sit in her mech or stand on her own.

And his Lego version of the defense hero Torbjörn includes several different versions of his pesky turrets — one for each of its stages as Torbjörn upgrades it with his hammer.

And his figure of Bastion can actually transform from recon mode to sentry mode with a few adjustments.

If you want to see more of the Overwatch cast in Lego, his channel has detailed videos of additional Overwatch characters, like Soldier: 76, Pharah and Reaper. Check it out!