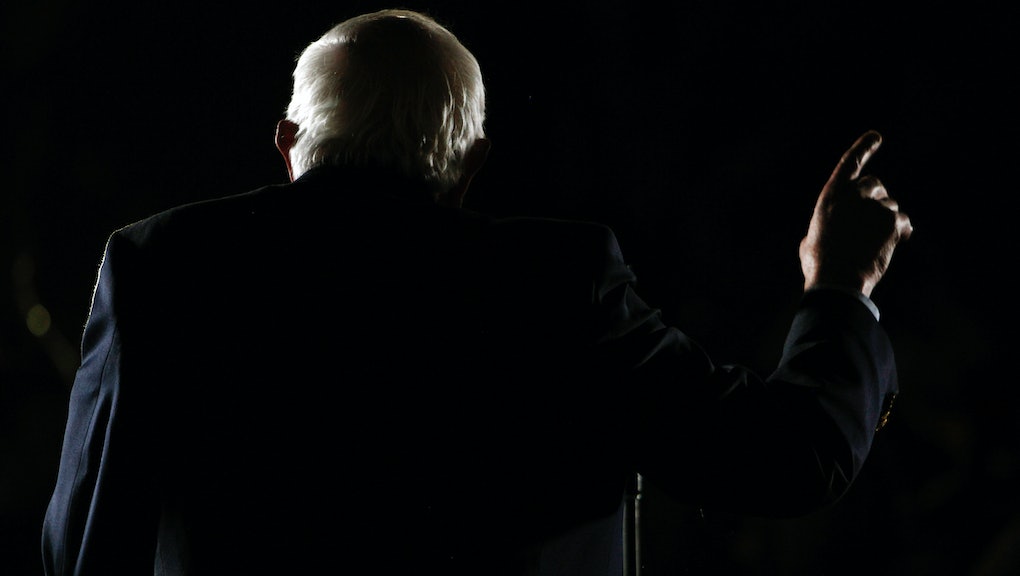 The movement — comprised of people in STEM fields, their advocates and those who support evidence-based research — formed in response to President Donald Trump's administration, which has shown flagrant disregard for science and climate change. The date of the march has yet to be set, but it will likely spark satellite marches across the country akin to Saturday's Women's March.

"Science is not Democratic or Republican, progressive or conservative. Science is science," Sanders wrote in his post, linking to a Common Dreams article on the campaign. "There are no 'alternative facts.' A modern society cannot survive unless decisions are made on evidence-based research. Congratulations to those scientists and researchers who are fighting back."

The current administration has left many in the STEM community dismayed.

"Although this will start with a march, we hope to use this as a starting point to take a stand for science in politics," the March for Science homepage states.

"Slashing funding and restricting scientists from communicating their findings (from tax-funded research!) with the public is absurd and cannot be allowed to stand as policy," it adds. "This is a non-partisan issue that reaches far beyond people in the STEM fields and should concern anyone who values empirical research and science."

Trump once referred to climate change as a "hoax" and has appointed a climate change skeptic, Scott Pruitt, to head the Environmental Protection Agency — an agency Trump said he'd dismantle.

On Tuesday, a temporary gag order was placed on EPA officials, and the agency's webpage on climate change was temporarily removed.

The order galvanized the STEM community, which has been a fierce and vocal opponent of the new administration's attempts to quell science.

"This is not how a democracy should work," Ken Kimmell, president of the Union of Concerned Scientists, said in a statement Wednesday. He added, "you can't delete climate change":

Demands to shut down informational websites and prevent the release of scientific findings are straight out of Orwell. We don’t live in a world of 'alternative facts' — you can’t delete climate change and you can't overrule the laws of physics by preventing scientists from talking about them. Climate change is real. Its effects are visible today, and its causes are known. Trying to hide that information from the public doesn't change it — it just makes it harder to work towards solutions, putting communities and generations to come at risk.