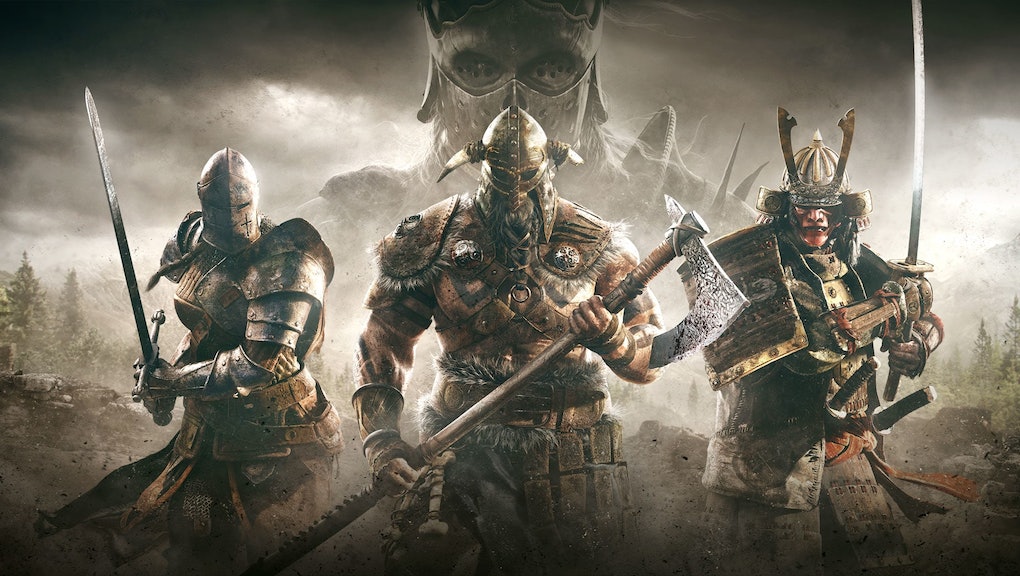 How to get a 'For Honor' Beta Code: Getting an invite from a friend is your best bet

For Honor is certainly a unique beast. The upcoming action game from Ubisoft takes place in a world where a rift in time brings together Vikings, samurai and knights, with the obvious outcome being that they all immediately try to kill each other.

The game does have a single-player component, but the distinctive online multiplayer is the draw. Instead of shooting other players with guns, you'll have to sidestep, parry and riposte in intense melee combat with other players on impressive-looking battlefields. It's like that old Deadliest Warrior TV show, but way cooler.

A closed multiplayer beta is running until Jan. 29, and you're probably wondering how to get in. Keep reading to find out.

How to get a For Honor Beta Code: Friend invites and other options

Unfortunately, you can't just mosey your way into the For Honor beta. Players have been able to sign up for a code for a few weeks now, but if you did that and didn't get a code yet, it seems like you might be too late, considering the beta is already halfway done. Additionally, the interactive For Honor SCARS website that promised beta codes to any who finished its little game has run out of codes to give.

Anyone who got into the beta should have received additional codes to give out to friends, though. Make sure your buddies aren't hoarding codes from you. You can also ask politely on the game's subreddit for a code.

Still, just in case Ubisoft decides to extend the beta for a couple more days or give out more codes, you should take a minute and register for a code. We'll let you know if more For Honor beta codes become available before the game comes out this Valentine's Day.

If you can't figure out a way to get your hands on a For Honor beta code, don't sweat it. You only have a few weeks to go before the official release. In the meantime, you can also check out this trailer for a closer look at this game.

To find out what else is happening in the world of gaming, check out our coverage of Super Mario Run's Android release, Robin in Injustice 2, the Evo 2017 lineup and the aliens in The Sims 4.