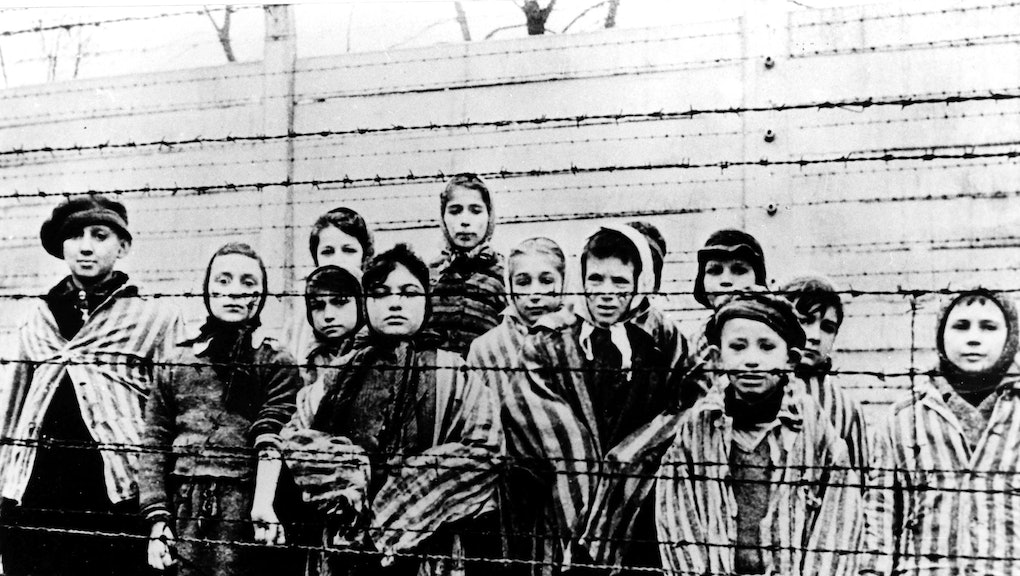 In May 1939, as the Nazis were tightening their chokehold on Europe, the United States government rejected the SS St. Louis, a German passenger vessel carrying 937 refugees who were trying to dock at the Port of Miami.

Almost all of those refugees were Jews fleeing violence in Germany and Eastern Europe, according to the U.S. Holocaust Memorial Museum. The ship was eventually forced to return to Europe, where 254 of its passengers were killed.

On Friday, to commemorate International Holocaust Remembrance Day, a pair of Jewish scholars — Russel Neiss and Charlie Schwartz — started tweeting the names of the people who were aboard the SS St. Louis, under the handle @Stl_Manifest.

The result gives us sobering insight into one of the darker chapters of U.S. history and our past treatment of refugees. Here are some of the tweets and accompanying images:

Each tweet is worded as though the passengers are introducing themselves. "My name is Sophie Münz," one says. "The U.S. turned me away at the border in 1939. I was murdered in Auschwitz."

But by confronting America's denial of refugees and invoking the U.S. "border" in the same breath, the larger parallels between 1939 and what's happening today are unavoidable.

On Friday afternoon, President Donald Trump signed an executive order restricting the flow of refugees from civil war-torn Syria and, after further State Department recommendations, immigrants from other Middle Eastern and African countries into the United States.

On Wednesday, Trump ordered the construction of a wall along the U.S.-Mexico border to keep undocumented immigrants out. The border has been flooded in recent years by unaccompanied children fleeing gang violence in El Salvador, Guatemala and Honduras.

In this context, the @Stl_Manifest tweets serve as a reminder of how the United States' past rejection of refugees has stood the test of time. History has not been kind to us. Yet if recent developments are any indication, we're still making the same mistakes.