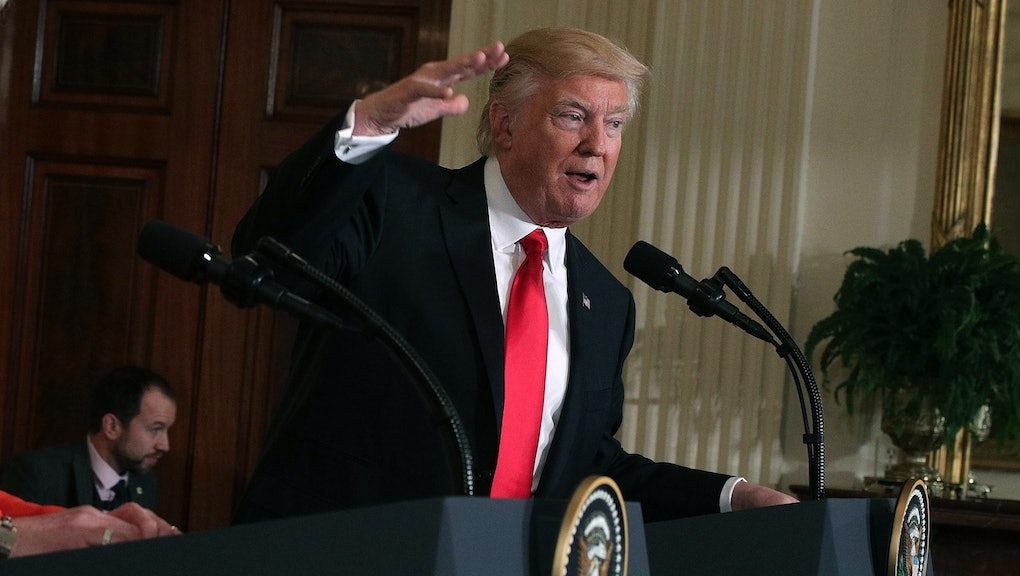 Trump told lawmakers he wanted to end the Electoral College, but was talked out of it

President Donald Trump told congressional leaders on Monday that he wanted to end the Electoral College — the mechanism that handed Trump his White House win despite losing the popular vote to Hillary Clinton by nearly 3 million votes — but was talked out of it by Senate Majority Leader Mitch McConnell, the Wall Street Journal reported.

Trump reportedly wanted to replace the Electoral College with the national popular vote, before McConnell warned that the system could lead to a complicated and expensive nationwide recount, according to the WSJ.

Trump's musing about abandoning the Electoral College is a sign he truly believes he would have won the popular vote had that been the governing factor of the 2016 election.

He said if the election were decided by a national popular vote, he would have campaigned more in major metropolitan areas, such as New York City or Los Angeles, and "won even bigger and more easily."

However, there is no sign that Trump would have performed well in those areas.

Cities are much more diverse than the Rust Belt, where Trump did well. And nonwhite voters rejected Trump by large margins in the election.