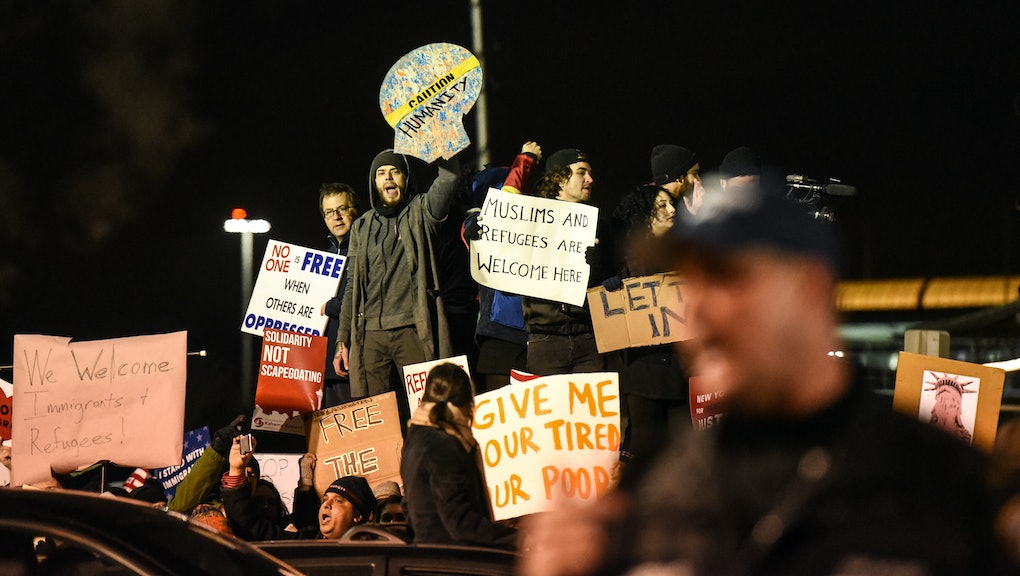 Protesters sprung into action Saturday afternoon, occupying entire airport terminals in protest of Trump and in solidarity with immigrants and refugees attempting to enter the country.