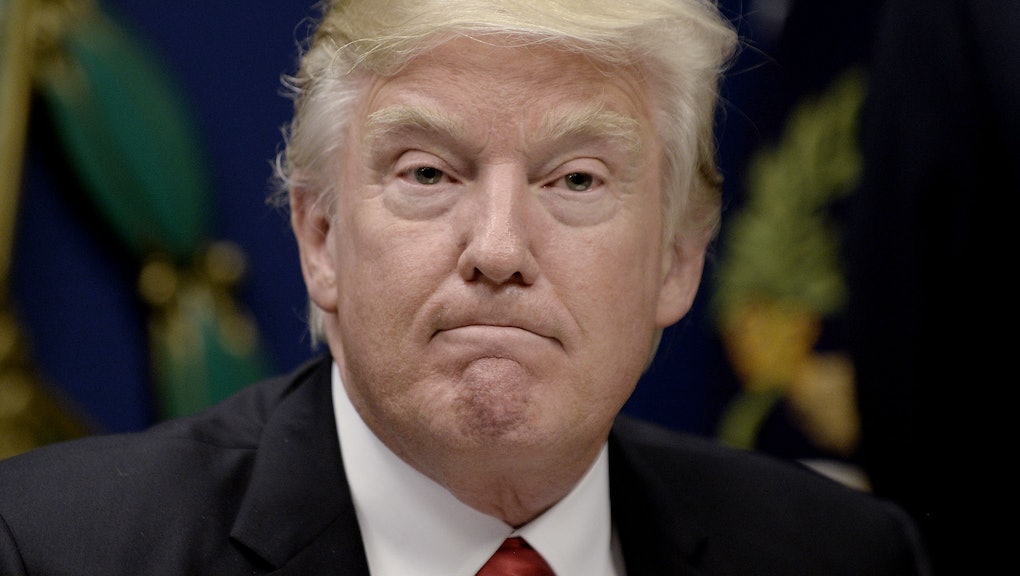 It took last 5 presidents years before half of Americans disapproved of them. It took Trump 8 days.

For many of us, a job review comes up once or twice a year. When you're the president of the United States, it happens every day. And it looks like Donald Trump needs to improve his job performance stat.

That Trump has become so disliked so quickly is something of a record.

A look back at Gallup polling for previous presidents shows that it took them quite some time before more than half of the nation thought they were handling its highest office poorly.

Ronald Reagan reached 54% unpopularity on Jan. 16, 1983, his 727th day in office. His unpopularity stemmed mostly to lingering mistrust from 1982, when the U.S. economy had soured, according to Gallup.

George H. W. Bush lasted a long time before his disapproval ratings went higher than half. On Feb. 29, 1992, his 1,136th day in office, Bush had a 53% disapproval rating. During that time, Bush was facing a heavy primary battle from Pat Buchanan, and the Republican party was deeply divided.

President Bill Clinton lasted 573 days in office before more than half the country ended its love affair with him. On Aug. 15, 1994, as his health care initiative was collapsing, his disapproval rating jumped to 52%.

On May 8, 2004, day 1,205 of George W. Bush's presidency, a majority of America did not approve of him for the first time — 51% to be exact. During that time, America was still in Iraq and stories of torture carried out by U.S. soldiers had come to light.

President Barack Obama lost the confidence of half the country on Aug. 13, 2011, his 936th day in office. On that day, 52% of people disapproved of his work. At the time, Obama was dealing with a debt ceiling crisis.

It's hard to point to any one day in the presidency and see why a person might be deeply unpopular. Unless of course that day is Jan. 28, 2017, when there were only eight days worth of reasons to point to as evidence.