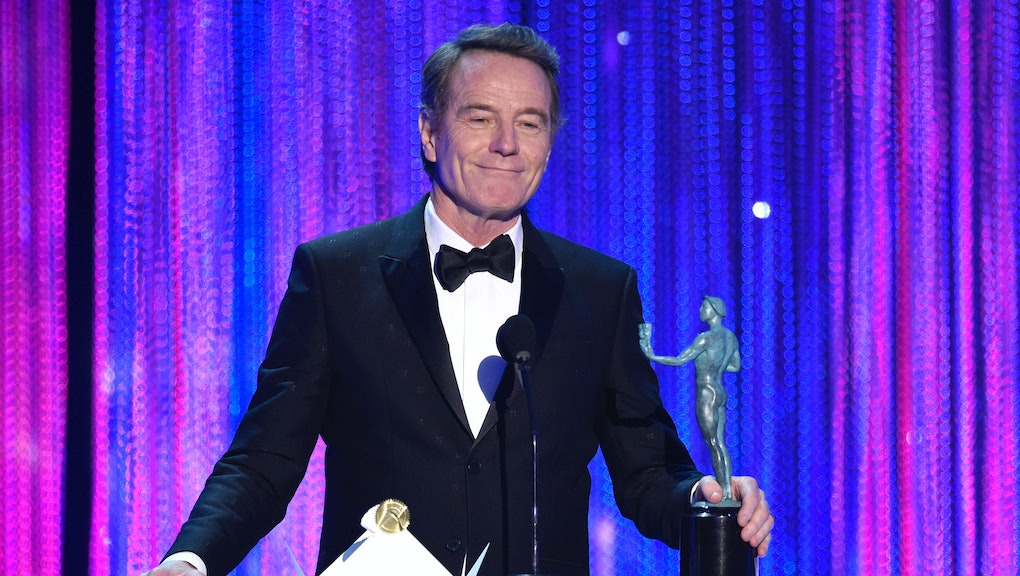 Bryan Cranston took home the Screen Actors Guild award Sunday night for outstanding performance by a male actor in a television movie or limited series for his role as Lyndon B. Johnson in the HBO movie All The Way. Having played the 36th president of the United States, Cranston used his speech to offer President Donald Trump some advice.

"I'm often asked, 'How would Lyndon Johnson think about Donald Trump?'" Cranston told the crowd. "And I honestly feel that 36 would put his arm around 45 and earnestly wish him success. He would also whisper in his ear something he said often as a form of encouragement and a cautionary tale: 'Just don’t piss in the soup that all of us gotta eat.'"