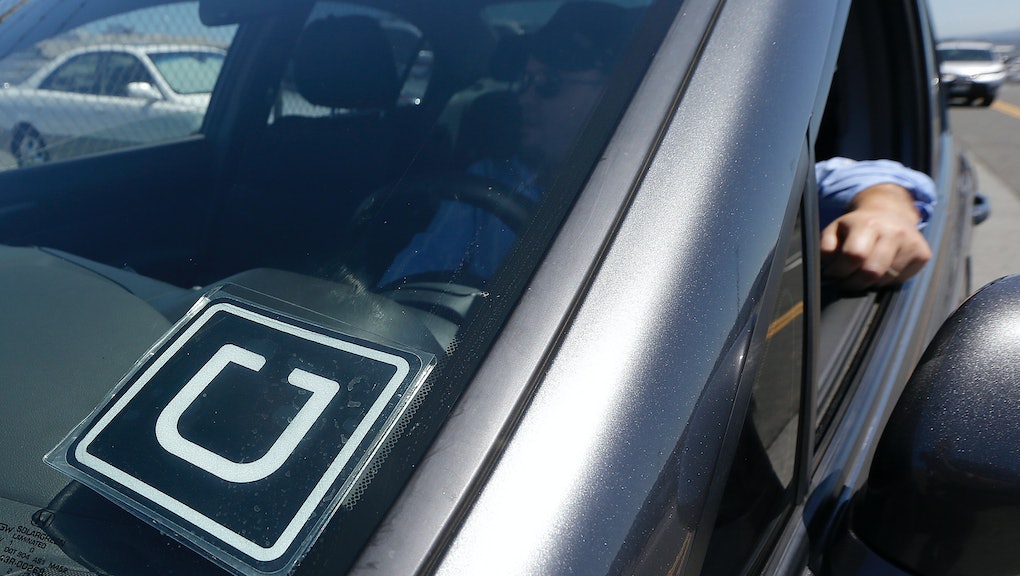 Updating: All the companies fighting back against the Trump administration's immigration ban

By Monday, Starbucks' announcement over the weekend that it planned to hire 10,000 refugees over the next 5 years led to a boycott movement by Trump supporters.

On the flip side, Uber drew the ire of those opposed to the ban after it deactivated surge pricing on trips to John F. Kennedy International Airport. The move was seen as an attempt to undermine a strike being organized by the New York Taxi Workers Alliance.

Uber quickly backpedalled, saying in a statement to Slate that the company had turned off surge pricing so people could more affordably attend the protests, but the damage may have already been done, prompting Uber CEO Travis Kalanick to step down from President Trump's business advisory council.

Many of the strongest responses are coming from Silicon Valley — with many CEOs including those of Slack and Stripe as well as a number of prominent venture capitalists — offering up matching funds for employee donations.

Later, a group of 97 tech companies including Uber, Twitter, Facebook, and Google filed an amicus brief to contest the travel ban as it works its way through the courts. Here is the full list.

Big tech is anxious about what President Donald Trump will do next, particularly anything that pertains to the country's visa program, which could make it far harder for them to recruit the workers they need.

Executives in other industries appear to be unhappy with the travel ban as well, although multiple sources told CNBC that executives were hesitant to speak out against the ban for fear of angering Trump, and inciting one of his market-moving Twitter attacks.

That started to change on Monday when an email from Goldman Sachs CEO Lloyd Blankfein criticizing the ban surfaced. Following shortly after, USA Today's Nathan Bomey reported that Ford would be coming out against the executive order as well, making it the first of the major auto manufacturers to do so.

Here's how different companies are reacting to Trump's travel ban by putting real money on the table:

Airbnb CEO Brian Chesky announced that the company would be providing free housing to refugees and people affected by the travel ban as part of its existing disaster response program.

The iPhone maker is reportedly matching employee donations to refugee groups and also mulling legal action against the executive order, according to an AppleInsider report.

Meanwhile, Google noted in a memo that as many as 100 employees affected by the ban were currently traveling, and, according to a Bloomberg report, has called those employees back home.

Founder Apoorva Mehta tweeted on Sunday night that the company " will be expediting all the GreenCard and H1B visa applications for all the employees." The company has also donated $100,000 to the American Civil Liberties Union.

Lyft is donating $1 million to the American Civil Liberties Union

Uber rival Lyft put out a statement committing to donating $1 million to the ACLU over the next four years.

As a response to Trump's ban Starbucks CEO Howard Schultz put out a statement announcing the company is working on a plan to hire 10,000 refugees worldwide over the next five years.

Uber created a $3 million defense fund for its drivers

As a response to the backlash over Uber's apparent willingness to collaborate with Trump — in December, Uber CEO Travis Kalanick joined one of Trump's economic advisory groups made up of business leaders — Uber announced on Sunday a $3 million legal defense fund to help drivers affected by the travel ban.

Nest, Slack and other tech execs are offering matching funds for ACLU donations.

And Amazon, Microsoft, and Expedia are going to court.

The three companies are all based in the Seattle, Washington area. They've all announced that they are supporting a lawsuit being prepared by Washington Attorney General Bob Ferguson to contest the ban. According to a Verge report, all three are supplying evidence of the ban's harmfulness and might even testify.

Finally, as TechCrunch and Quartz reported, a number of Silicon Valley executives have offered to match donations made — some by their respective employees and others by the public — to the ACLU and other pro-immigrant initiatives such as the International Refugee Assistance Project . Here's a running list of companies with top executives personally offering such matches:

Sign up for The Payoff, your weekly crash course on how to live your best financial life. Additionally, for all your burning money questions, check out Mic’s credit, savings, career, investing and health care hubs for more information — that pays off.