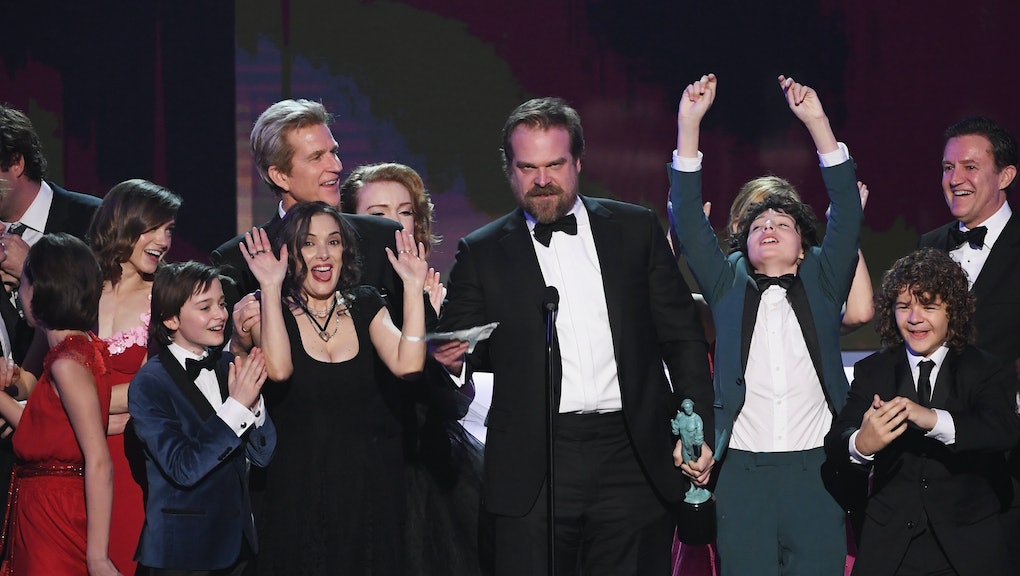 What was up with Winona Ryder at the SAG Awards? Expressions on stage spark hilarious memes.

The cast of Stranger Things took home the Screen Actors Guild award for outstanding performance by an ensemble in a drama series, and no one was more surprised by the win than actress Winona Ryder. As the stars of the Netflix show celebrated on stage, all eyes were on Ryder, who appeared to be completely shocked.

Of course, Twitter had a field day capturing all of her facial reactions.

Ryder's expressions could be chalked up to the fact that Stranger Things was an underdog in the category. While the show has racked up a number of big nominations since it first premiered on Netflix in July, it hasn't taken home many awards. The show was nominated for best drama series at the Critics' Choice Television Awards and lost to fellow Netflix series The Crown. It was also nominated for best television series — drama at the Golden Globes, but was beat out by Game of Thrones. The show was up against both those shows at the 23rd Screen Actors Guild Awards this year, as well as Westworld and SAG favorite Downton Abbey. The PBS series won the award for best ensemble in the drama series at the 19th, 21st and 22nd awards show.

Watch Ryder and the rest of the Stranger Things cast on stage: