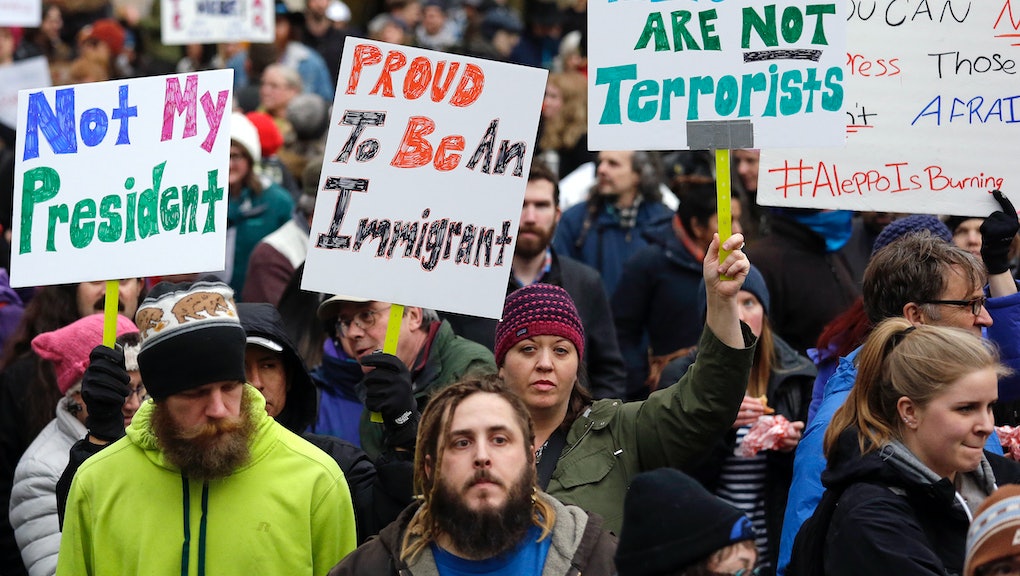 Which countries is Trump banning? There's something these 7 nations have in common

President Donald Trump said in a statement Sunday that his executive order banning citizens from seven African and Middle Eastern countries "is about terror and keeping our country safe."

Critics note that the ban could actually instigate terrorist activity — and likely not from refugees immigrating to the U.S. As CNN reported, absolutely no refugees from the seven countries in Trump's ban have committed a single fatal attack in the U.S.

Here are the countries Trump has banned travel from:

Trump's Muslim ban — which he insists isn't a Muslim ban but that Rudy Giuliani confirmed is very much a Muslim ban — is only days old, and part of it has already been successfully challenged by the ACLU.

Just this morning, Trump tweeted that there were "a lot of bad 'dudes' out there" and that, "if the ban were announced with a one week notice, the 'bad' would rush into our country during that week" – despite that a majority of the "bad dudes" attacking America are, well, other Americans.

It's worth noting that obtaining entry into the U.S. as a refugee before Trump's ban was already an extensive process that takes an average of 18 to 24 months. Meanwhile, visa applications for those visiting the U.S. under a nonimmigrant visa can take up to 60 days to process — quite the opposite of the one-week-bad-dude image Trump paints.

The list of countries Trump has banned travel from, oddly enough, doesn't include a single country he has business ties to or countries whose nationals carried out the 9/11 attacks.