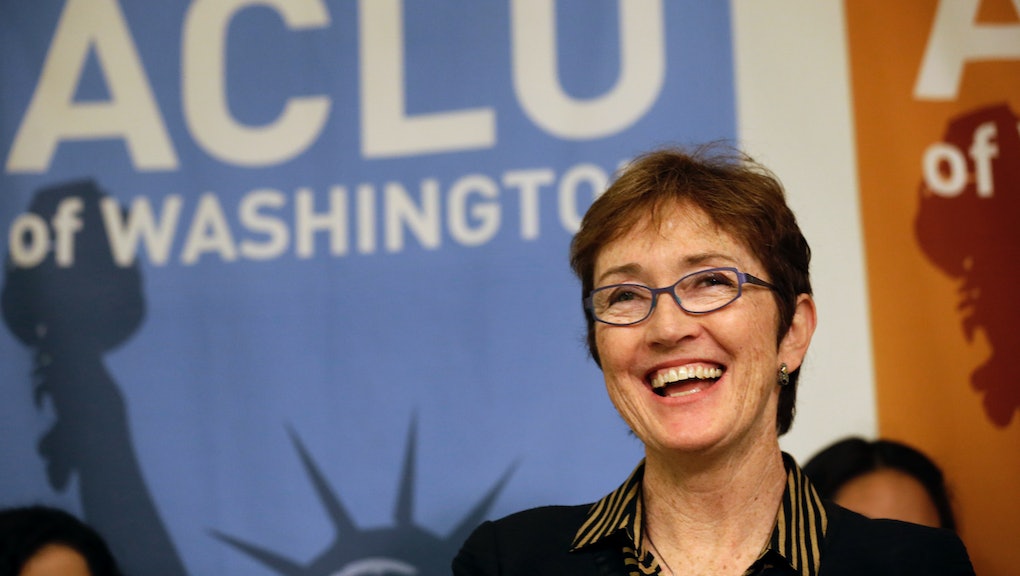 The ACLU got $24.1 million in online donations this weekend

In a typical year, the American Civil Liberties Union gets about $4 million in online donations. But over this past weekend, the organization received $24.1 million from online donors, six times what it normally receives in a whole year, CNN reported.

It was the same weekend the ACLU challenged the executive order signed by President Donald Trump on Friday that temporarily banned citizens of Iraq, Syria, Iran, Sudan, Libya, Somalia and Yemen from entering the country — and it won. On Saturday night, a judge granted a stay, preventing the immigrants, refugees and visa-holders who had been detained at U.S. airports from being deported.

And it's these quick actions that may have moved thousands of online donors, "many of whom had never supported the group before," according to CNN, to contribute money to support the ACLU. By the end of the night on Sunday, the group had received a total of $24,164,691 from 356,306 people over the weekend.

One of those first-time donors was 26-year-old Brooklyn, New York, resident Jenn Pollan, who set up a monthly donation to the ACLU on Sunday.

"I spend way more than $25 a month on brunch and it seemed fitting to donate to an organization that is on the front lines of fighting fascism," Pollan said to Mic in a message on Monday.

"I do legal services work. I am going to be a lawyer. I believe in the power of changing the law as one ingredient in social change. The ACLU is also one of the only things that has made me feel safe right now. Like someone is taking care of us."

Ride-sharing app Lyft also promised to donate $1 million over the next four years to the ACLU, in a move that seemed to be dig at competitor Uber, which was widely criticized for undercutting a taxi-driver-led protest at John F. Kennedy airport by continuing to pick up passengers.

The ACLU reportedly plans to use the flood of new donations to add to its staff. An ACLU spokesperson had a one-word response to the weekend's rush of support, telling CNN simply, "Wow."