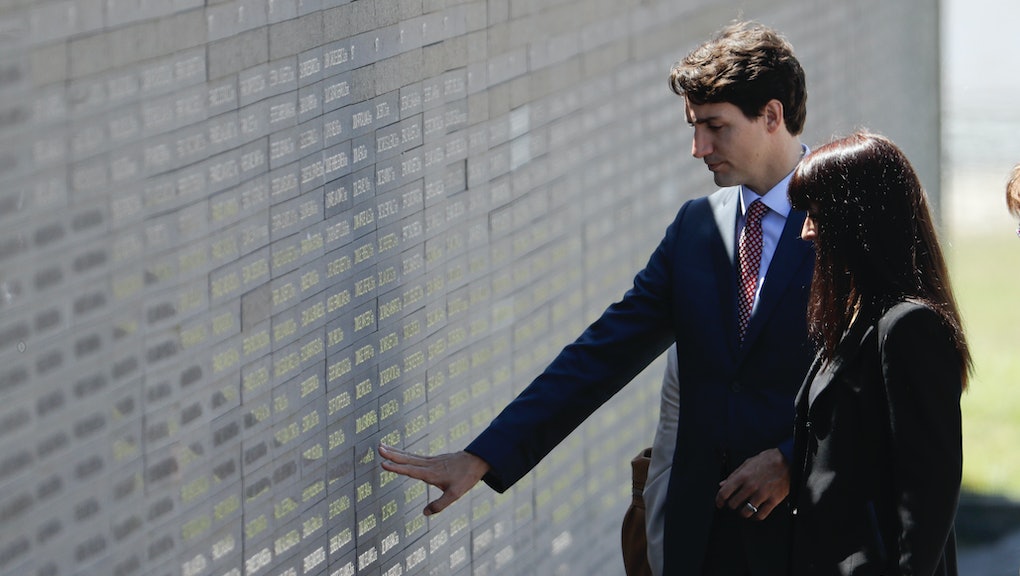 Canadian Prime Minister Justin Trudeau denounced the shooting rampage at a mosque in Quebec City, Canada, as "a terrorism attack on Muslims" on Sunday.

According to eyewitness accounts, gunmen stormed the Quebec City Islamic Cultural Center during evening prayers and open fired on Sunday evening. Six people are confirmed dead from the attack. Their ages, according to Quebec Provincial Police, ranged from 35 to 70 years of age.

"We condemn this terrorism attack on Muslims in a center of worship and refuge," Trudeau said in a statement after hearing news of the attack.

The Quebec Provincial Police said two arrests have been made, according to the Guardian. Police were speculating there might be one gunman on the loose, but police spokeswoman Christine Coulombe said "nothing right now makes us believe that there would be other suspects related to this event."

The Canadian newspaper Le Soleil said one of the gunmen was carrying an AK-47 automatic assault weapon and the other was 27 years old.

"While authorities are still investigating and details continue to be confirmed, it is heart-wrenching to see such senseless violence," Trudeau said. "Diversity is our strength, and religious tolerance is a value that we, as Canadians, hold dear."

Quebec Premier Philippe Couillard also called the mass killing a "terrorist act" and said the government stood in solidarity with the city's Muslim community, the Guardian reported. There were rallies of solidarity held all across the city of Quebec in response to the attacks.

Trudeau finished his statements with remarks on how Muslims are an important part of Canadian society.

“Muslim Canadians are an important part of our national fabric, and these senseless acts have no place in our communities, cities and country."