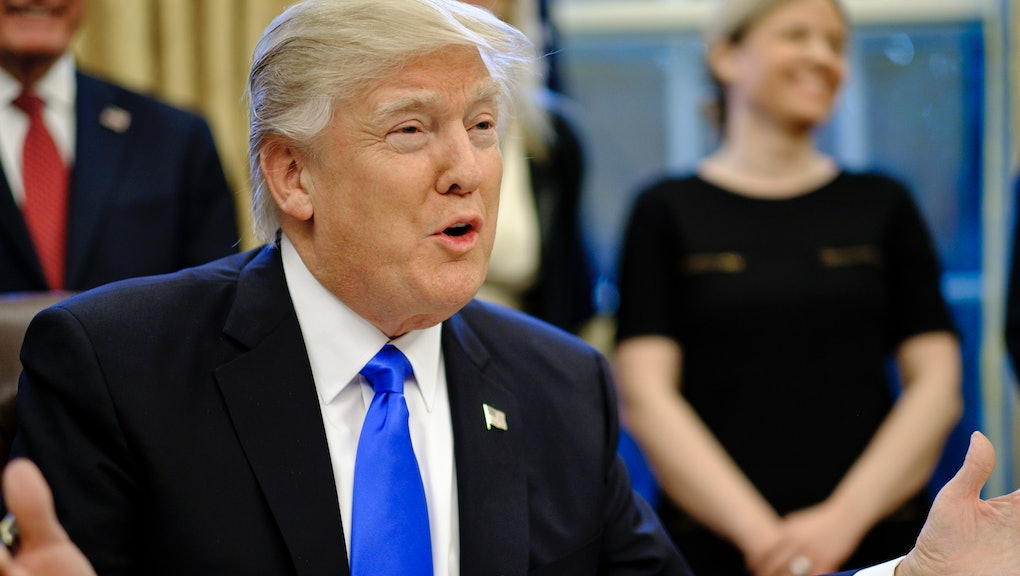 Donald Trump admits his executive order was a "ban"

President Donald Trump on Monday called his executive order halting the admission of refugees from seven majority-Muslim countries a "ban," stepping on his own administration's message that the order was merely "extreme vetting" of Muslims entering the United States and not the ban on Muslims that he proposed during the campaign.

"If the ban were announced with one week notice, the 'bad' would rush into our country during that week," Trump tweeted, a defense of the sloppily carried out order that prevented legal permanent U.S. residents from re-entering the country after taking international trips. "A lot of bad 'dudes' out there!"

During the campaign, Trump promised to ban Muslims from entering the United States over fears of terrorist attacks — a proposal his own vice president called unconstitutional at the time.

On Sunday, Trump said that his executive order was merely "extreme vetting" and "not a Muslim ban" — before completely reversing that message hours later in Monday morning's tweet.

Democrats opposed to Trump's policy were quick to point out Trump's contradictory words.

"I can read," Rep. Eric Swalwell (D-Calif.) tweeted. "And @realDonaldTrump just tweeted and called it a ban. #NoMuslimBan."

Not only did Trump admit his order was a "ban," he also incorrectly said people from these countries would have been able to "rush into" the United States if he had announced the policy in advance.

Refugees cannot rush into the U.S. on a whim.

They are subjected to a years-long vetting process that spans multiple government agencies, includes fingerprinting and background checks, and then screening at airports across the country before they are allowed past airport security and onto U.S. soil.