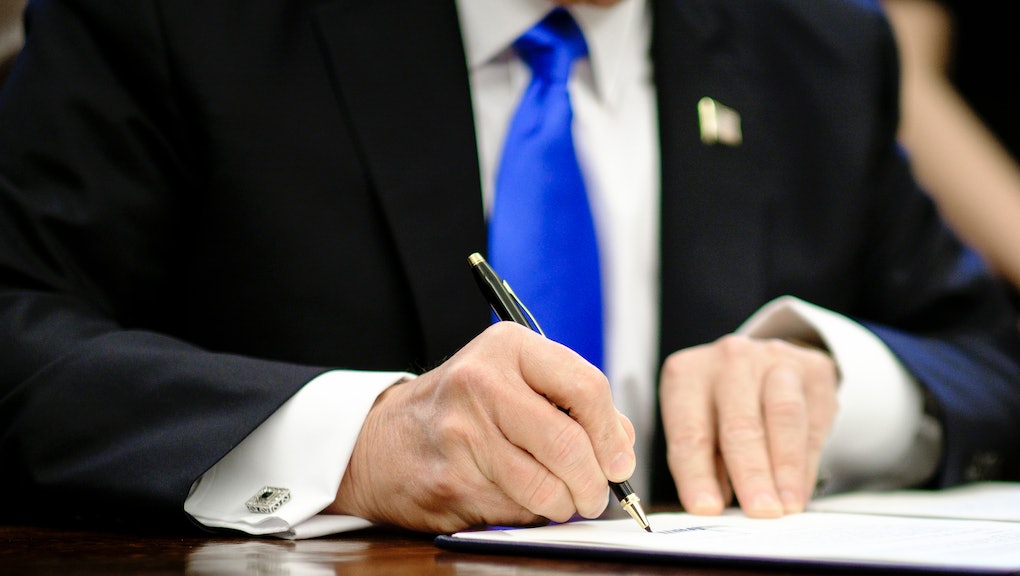 Deferred Action for Childhood Arrivals was one of the most substantive immigration policy achievements of Barack Obama’s presidency. Essentially, DACA allowed some undocumented immigrants who entered the country as minors to receive work permits and two-year deferrals from deportation, both of which could be renewed.

With the Donald Trump administration’s coming crackdown on immigration, though, DACA and the immigrants who have been helped by it may both be in trouble.

DREAMers may not be safe

Trump’s policy toward DACA kids — sometimes called DREAMers, a reference to a similar policy proposal called Development, Relief, and Education for Alien Minors and known as the DREAM Act, which has been proposed several times but never been passed federally — is still not exactly clear. In a recent interview on ABC News, he seemed to imply that they would not be deported.

"They shouldn't be very worried," Trump said. "I do have a big heart. We're going to take care of everybody. ... Where you have great people that are here that have done a good job, they should be far less worried."

Still, there are many who fear that Trump will revert to his stance from the campaign trail, where he frequently said that he would deport anyone in the United States illegally. He also specifically said he would eliminate DACA, which Obama created through an executive order.

Some congressional Republicans, including House Speaker Paul Ryan, have been much less hard-line on the issue. Some inside the White House, including Chief of Staff Reince Preibus, are said to have a more compassionate position. Steve Bannon and Stephen Miller — the two Trump confidantes considered responsible for his most extreme and nationalist positions — seem to be growing in influence, especially given the recent "flurry of executive orders" issued last week.

In terms of concrete policy, a draft executive order obtained and published by Vox intimated that no more permits would be accepted for DACA, but that those currently working under permits obtained through the program would be able to continue.