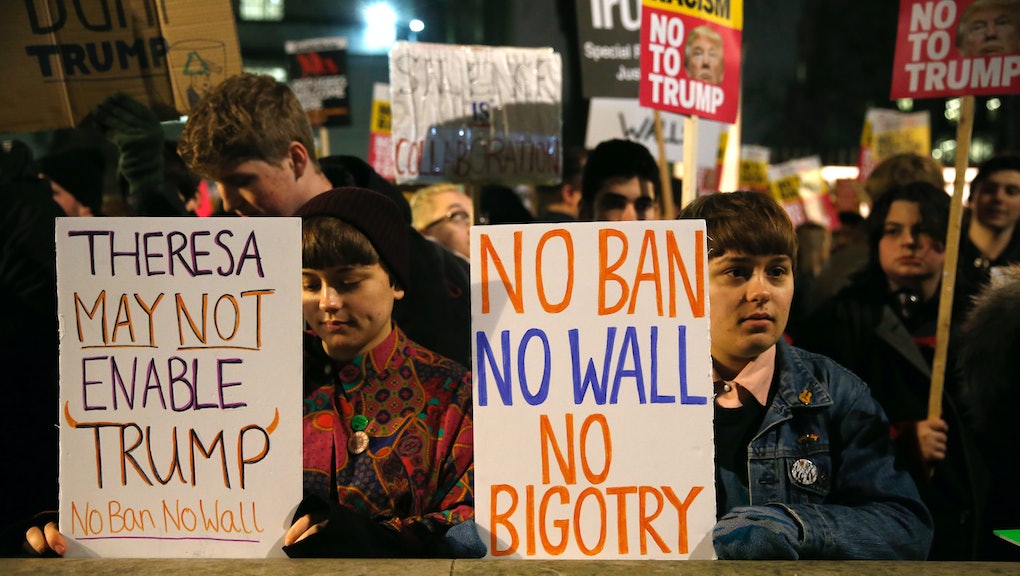 Here's how Trump's ban affects dual citizens living in one of the countries on the list.

When President Donald Trump issued his executive order on immigration on Friday, a public outcry swept across the United States over the weekend. Many travelers attempting to fly into the U.S. — particularly those nationals from the list of the seven Muslim-majority countries — were blocked at international airports, according to the Guardian.

Trump's executive order sparked anxiety among people from these seven countries who are lawful permanent residents. Furthermore, those who hold dual citizenship from the seven countries did not know how Trump's measures would have affected their stay in the United States.

At first, a guidance by the State Department established that those holding dual citizenship from one of the countries on the list would be barred from entering the United States for 90 days, according to a State Department official cited by CNN.

In other words, an Iranian who holds a Canadian passport might be barred from entering U.S. soil. However, the British government said those who hold two citizenships from the countries in question are not affected by Trump's order — save U.K.-Lybia dual nationals who may go through extra checks.

However, the State Department official consulted by CNN added that Trump's executive order should not affect a U.S citizen who also holds citizenship from one of the seven countries on the list.

But on Sunday, White House chief of staff Reince Priebus said on NBC's Meet the Press that Customs and Border Patrol have "discretionary authority" to question citizens coming from the seven countries. "I would suspect that if you're an American citizen traveling back and forth to Libya you're likely to be subjected to further questioning when you come into an airport," he said.

Priebus underscored that more countries would be included in the notorious list. "Perhaps other countries needed to be added to an executive order going forward — but in order to do this in a way that was expeditious, in a way that would pass muster quickly, we used the seven countries," he said.