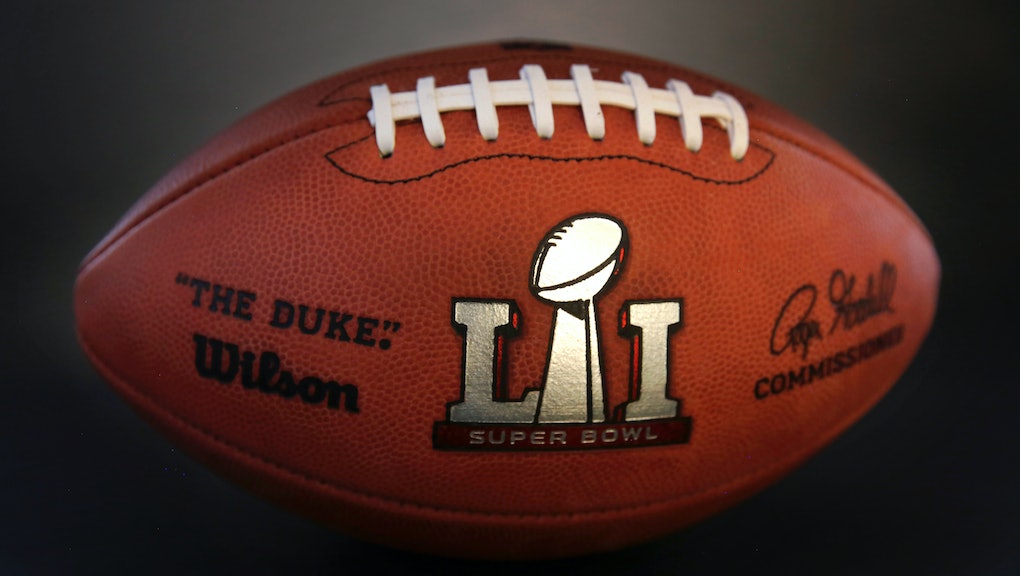 The action may be on the field, but for many watching the Super Bowl, the real entertainment takes place when the game isn't on the air. Super Bowl commercials have long been considered the second, if not the most, entertaining part of football's biggest night, and advertisers know it. Commercials airing during the game have been sold for an average of $5 million for a 30-second spot.

Some of these commercials have been blockbuster, if not legendary, successes, while some others have missed their mark. Below are some of the strangest, most unforgettable commercials to air during the Super Bowl.

This commercial setting resembled George Orwell's dystopian book 1984. Directed by Ridley Scott, the commercial has been considered game-changing in many ways, especially for introducing the concept of story-telling through a commercial. Following this advertisement, Apple sold 72,000 computers in 100 days.

This commercial aired in 2000, before the rise of hipster irony that has permeated culture. Declaring itself as the worst possible Super Bowl commercial, it promised "highly personalized emails on topics you ask for. Free." Unfortunately, the company went out of business shortly after.

This commercial is just plain creepy. A hybrid creature made of a baby's legs, a monkey's torso and a puppy's head serves Mountain Dew's "Kickstart" to a trio of men. The horrifying image resonated strongly with viewers, who expressed their dislike on social media.

This ad seemed to defy the logic of advertising, which is to make people want to buy a product. How does a clown drinking beer upside down spark desire to purchase said beer? And given how many people have expressed a fear of clowns, the choice of this commercial is a double whammy of confusing.

We said "weird," but not necessarily "bad." There was one person the commercial did not land with, though: Ryan Reynolds' daughter, who was very confused when she saw it.

Maybe the intent of this commercial was to get couch potatoes up and dancing? Who knows. While watching football stars perform ballet steps is definitely entertaining, as is the more contemporary dance party that follows, it's not clear at all how this calls to consumers to purchase the product.

One year, after its "1984" commercial, Apple aired this controversial commercial for its Macintosh Office business computing system. Showcasing blindfolded people marching obediently to their death, the commercial was rebuked for making fun of its market as well as lacking a savior like the girl in the "1984" ad. Apple laid off 20% of its employees and closed three of its six plants after this commercial, and the company didn't advertise again at the Super Bowl until 1999.