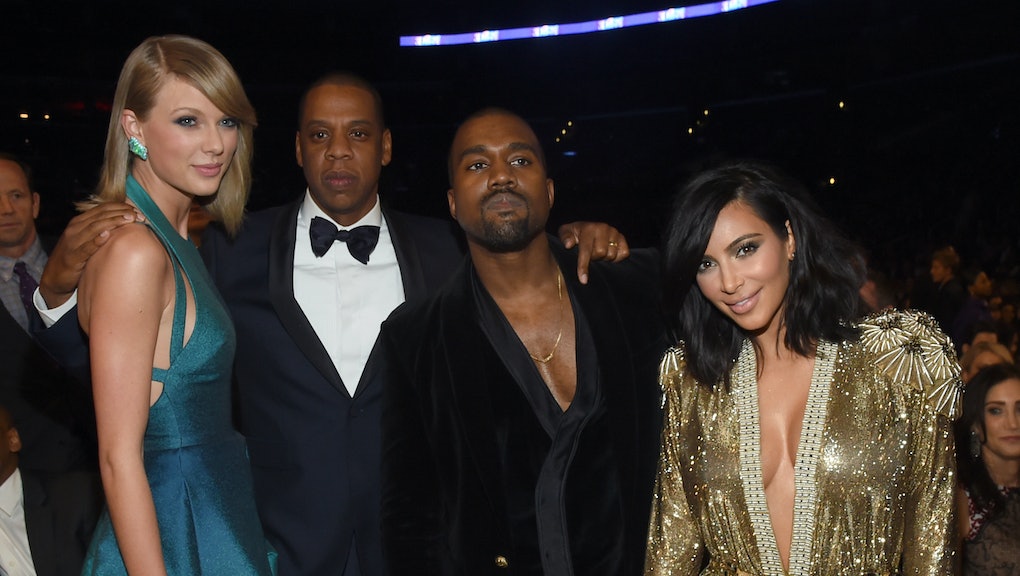 An award show without Kanye West is like a pop song without a hook, the Cavaliers without LeBron James, or a Reese's cup without the peanut butter filling — empty, limited and bereft of a certain amount of joy.

According to a recent TMZ report, Kanye West, one of the Grammys' most reliable headline generators, won't be attending this year's ceremonies, and neither will Drake nor Justin Bieber. They have various reasons for skipping out. Drake will be on tour in Europe, for one, but Bieber and West have taken a more pointed tack toward the award show. For instance, Bieber doesn't feel the Grammys adequately represent young artists, whereas West once again feels the award ceremony isn't willing to pay black musicians their due.

It's #OscarsSoWhite all over again, but with a lot less at stake. It seems these artists are a lot more willing to just let the award show slip into irrelevancy.

It all started when Frank Ocean decided not to submit either of his albums, Blonde or Endless, for consideration in the Recording Academy, meaning the voting body couldn't nominate him even if they wanted to.

He explained his decision to the New York Times in November, noting that the Grammys have a terrible track record when it comes to representing black artists. "It just doesn’t seem to be representing very well for people who come from where I come from, and hold down what I hold down," he said, adding:

"I think the infrastructure of the awarding system and the nomination system and screening system is dated. I'd rather this be my Colin Kaepernick moment for the Grammys than sit there in the audience."

But before Ocean even had the opportunity to explain, Kanye was already jumping down the Recording Academy's throat.

"The album I listened to the most this year is Frank Ocean's album," West said during a Saint Pablo Tour stop in Oakland, California, in October. "I'll tell you this right now: If his album is not nominated in no categories, I'm not showing up to the Grammys. As artists, we've got to come together to fight the bullshit."

Considering Ocean's Blonde topped Noisey's, Time's, Pigeons and Planes', the Atlantic and Mic's end-of-year lists, it might have had a very good chance at winning. And if it didn't, it would have sent a crystal clear message about what kind of art the Grammys value.

Bieber on the other hand, is up for several awards, including album of the year for Purpose, and song of the year for "Love Yourself." But he refuses to attend because "he just doesn't think the Grammys are relevant or representative, especially when it comes to young singers," as TMZ writes.

It is true that the Grammys often honor legacy acts with big awards, to make up for all the snubs the artists' earlier albums never received. But young pop artists still win all the time. Taylor Swift won 10 awards before turning 27, and Justin Timberlake won nine before turning 35.

Still, Bieber will be in good company with his boycott, since some of the most innovative and boundary-pushing artists in music today will be absent from the awards ceremony as well. The Grammys have some work to do in order to bring music's brightest back into the fold.