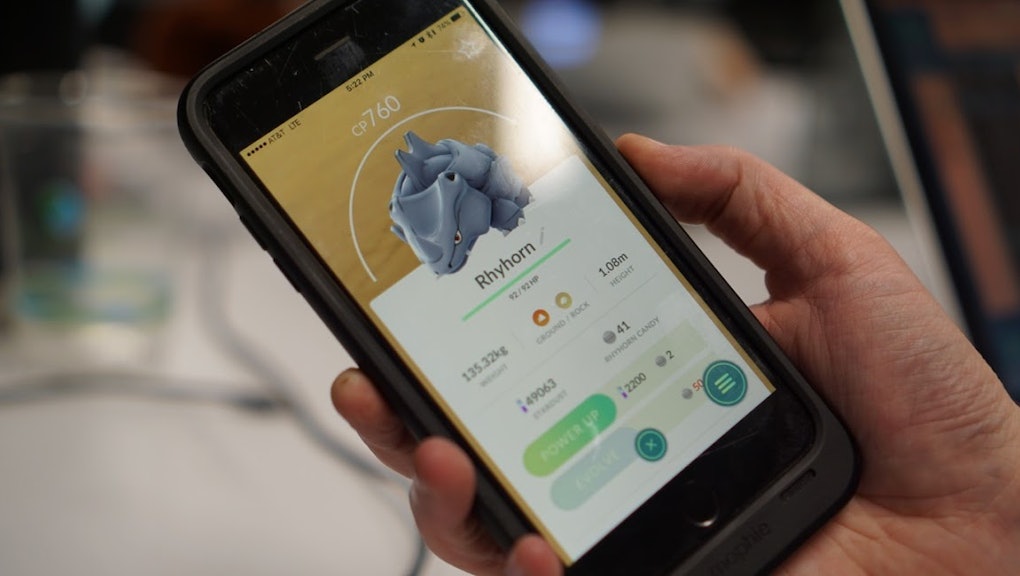 If you've been playing Pokémon Go since the beginning, you know precisely how much better the game is now compared to when it was released on July 6, 2016.

Like most modern video games, Pokémon Go has gone through a series of patches and updates that have removed, changed or added base functionality to the game. Holiday events can be substantial updates, but they are temporary changes. The major evolutions of Pokémon Go, on the other hand, are not tied to any special event and do not expire until and unless Niantic changes or removes them in future updates.

Here are all the major changes to Pokémon Go that have taken place since the game was launched.

Of all the aspects of Pokémon Go that have seen changes in response to negative fan feedback, the original Nearby system was so reviled by players that Niantic had to replace it altogether.

When Pokémon Go first launched, the Nearby menu showed the player a selection of Pokémon that were somewhere in the immediate area. Underneath each Pokémon were up to three footprint icons that were meant to denote distance. One footprint was closer to you than three footprints.

The Trainer Tips Pokémon Go YouTube channel conducted experiments to figure out the distances denoted by the footprint icons, but that was still of little help because no one had any idea in which direction to walk to find the Pokémon. The current Nearby system, on the other hand, shows you precisely which PokéStop to walk to in order to find the Pokémon you've selected to track.

The current system can still be frustrating. Pokémon Go seems to have questionable judgment sometimes as to what constitutes "nearby," but compared to the original tracking system, the current Nearby tool is fantastic.

In Pokémon Sun and Moon, for instance, you can use a computer terminal that's accessible once you beat the game in order to discover the IVs of your Pokémon and figure out the best Pokémon in your collection. When Pokémon Go first launched, there were no tools in the game to measure IVs. This is why communities like The Silph Road developed IV rater tools for players to use.

In August 2016, Niantic patched in a new "appraisal" feature in which your team leader would give you a basic rundown of a Pokémon's strengths and weaknesses. Unfortunately, this information is only delivered in the form of vague descriptions, not concrete numerical measurements. So the appraisal feature hasn't really replaced a proper IV rater, though it's still better than nothing if you don't feel like using a third-party tool.

Pokémon Go updates: The buddy system made it easier to get Pokémon candies

In September 2016, Niantic made its next big update: the addition of the buddy system. The buddy system allows players to choose one Pokémon from their collection and make that Pokémon their "buddy."

Your buddy will "find" their species' brand of Pokémon candies as you walk with them. Different Pokémon require different walking distances before they'll cough up a candy. Pikachu, for instance, only requires 1 km of walking to find a Pikachu candy, but Snorlax requires a 5 km walk to generate one piece of Snorlax candy.

The buddy system made it possible for Pokémon Go players to level up and evolve Pokémon without having to catch more Pokémon of that species. Evolving Pokémon solely with candy earned via the buddy system will take much longer than if you were able to catch more of that species and earn the candy that way, but it's a good option if you can't find that Pokémon in the wild.

Pokémon Go updates: Daily and weekly bonuses made it easier to find supplies

The patch also added weekly bonuses. If you catch at least one Pokémon per day and spin one PokéStop per day, after seven days you can earn larger bonuses, on top of the daily bonuses.

The last, major, permanent addition to Pokémon Go was likely the most exciting addition for players: the introduction of Gen 2 Pokémon in December 2016. These "baby Pokémon" could not be caught in the wild. They could only be hatched from Pokémon eggs.

Having some Gen 2 Pokémon in the game was very exciting for players that had been dying for some new Pokémon to add to their collections. Only being able to hatch them from eggs likely led to the purchase of many incubators by players anxious to catch the new creatures.