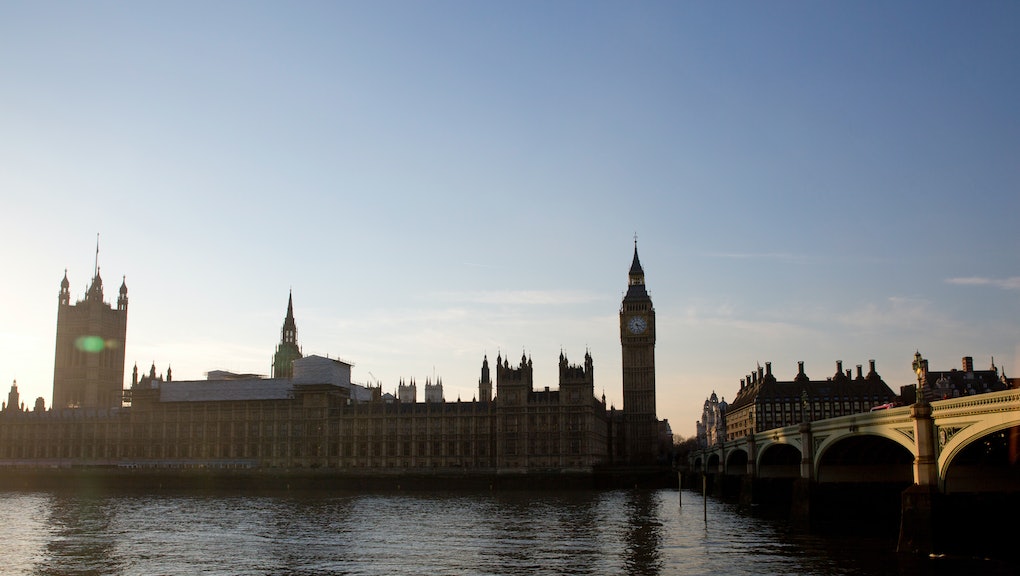 Britain just pardoned thousands of men once arrested for being gay

The British government just posthumously pardoned thousands of gay and bisexual men who had once been convicted of now-outdated sexual offenses.

According to the BBC, those still living with such convictions can apply to have them scrubbed from their records.

The government announced this measure back in October, appealing to a legal precedent called Turing's Law established by the circumstances of Alan Turing, a British wartime codebreaker who committed suicide after being charged with "gross indecency" in 1952. The Queen eventually pardoned Turing in 2013, nearly 60 years after his death.

In an op-ed for the Telegraph, writer Kaite Welsh called on people not to let news of the U.K.'s pardons to distract from what she called "decades of deliberate homophobia."

"We cannot afford to forget the oppression that shaped our culture," Welsh wrote. "Posthumous pardons, however well meant, aren't be a reason to sit down, play nicely and gloss over the past."

In many cases, the homophobic past Welsh speaks of wasn't so long ago — nor is it entirely in the past.

Meanwhile, the United States still keeps some of its own anti-LGBTQ legislation on the books, with 12 states still observing anti-sodomy laws.

"Human history is ugly — littered with the bodies of the oppressed — and society is doing nowhere near enough to rectify the damage done," Welsh wrote. "LGBT leaders are rightly calling Turing's Law a step forward, but it doesn't let heterosexual oppression off the hook."